Death Of A Well Known Character 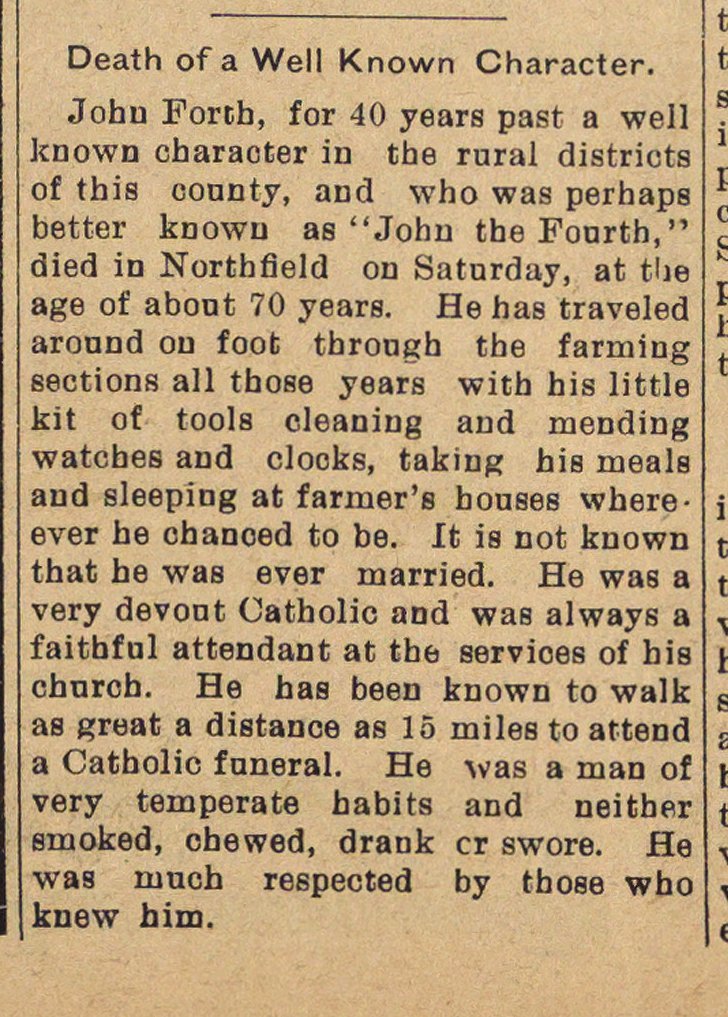 John Forth, for 40 years past a well known oharaoter in the rural districts of thia connty, and who was perhaps better knowu as "John theFonrth," died in Northfield on Saturday, at tlie age of about 70 years. He has traveled around ou foot throngh the farming sections all those years witb his little kit of tools cleaning and mending watches and clocks, taking his raeals and sleeping at farmer's honses whereever he chanoed to be. It is not known that he was ever married. He was a very devont Catholic and was always a faitbful attendant at the servioes of his church. He has been known to walk as great a distance as 15 miles to attend a Catholic funeral. He was a man of very températe habits and neither smoked, ohewed, drank er swore. He was much respected by those who knew hiro.