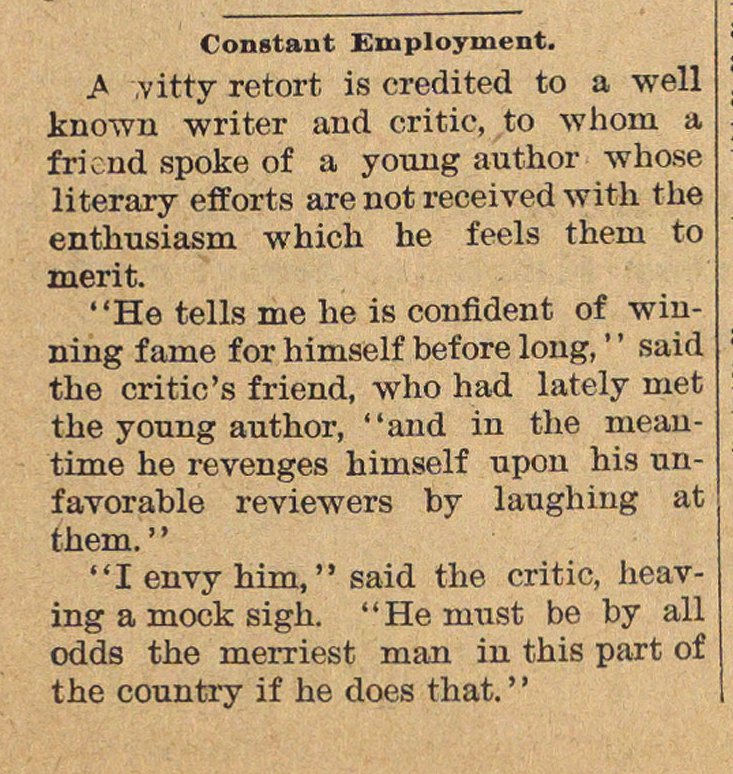 A .vitty retort is credited to a well knowu writer and critic, to whom a fricnd spoke of a young author whose literary efforts are not received with the enthusiasm which he feels them to merit. "He tells me he is confident of wiuning f ame for hirnself before loug, ' ' said the critic 's friend, who had lately met the young author, "and in the meaiitime he revenges himself upou his unfavorable reviewers by lattghing at them." "I envy him," said the critic, heaving a mock sigh. "He must be by all odds the merriest man iu this part of the country if he does that. ' '