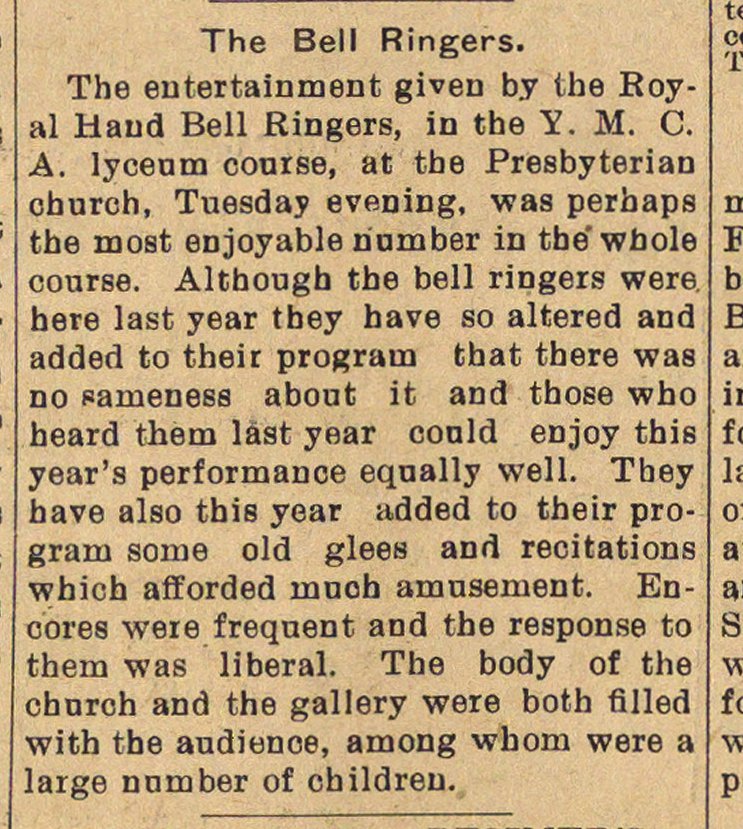 The entertainment given by the Boyal Hand Bell Ringers, in the Y. M. C. Á. lyceum course, at the Presbyterian church, Tuesday evening, was perhaps the most enjoyable riamber in the'whole course. Altbough the bell ringers were here last year tbey have so altered and added to their program that there was no sarneness about it and those who heard them last year conld enjoy this year's performance equally well. They have also this year added to their program some old glees and recitations which afforded mnoh amusement. Encores were frequent and the response to them was liberal. The body of the cbnrch and the gallery were both filled with the audienoe, among whom were a large nnmber of childreu.