May Establish A Steamship Line 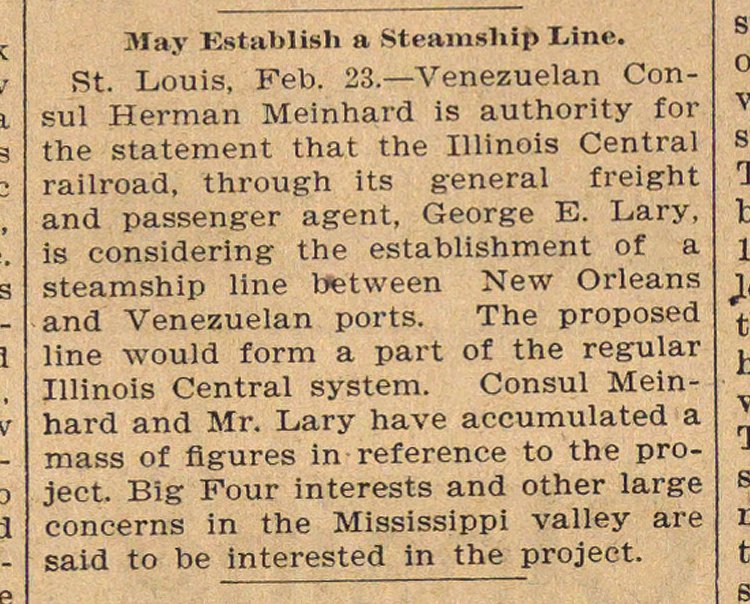 St. Louis, Feb. 23.- Venezuelan Consul Herman Meinhard is authority for the statement that the Illinois Central railroad, through its general freight and passenger agent, George E. Lary, is considering the establishment of a steamship line between New Orleans and Venezuelan ports. The proposed line would form a part of the regular Illinois Central system. Consul Meinhard and Mr. Lary have accumulated a mass of figures in reference to the project. Big Four interests and other large concerns in the Mississippi valley are said to be interested in the project.