Grant's Demerits As A Cadet 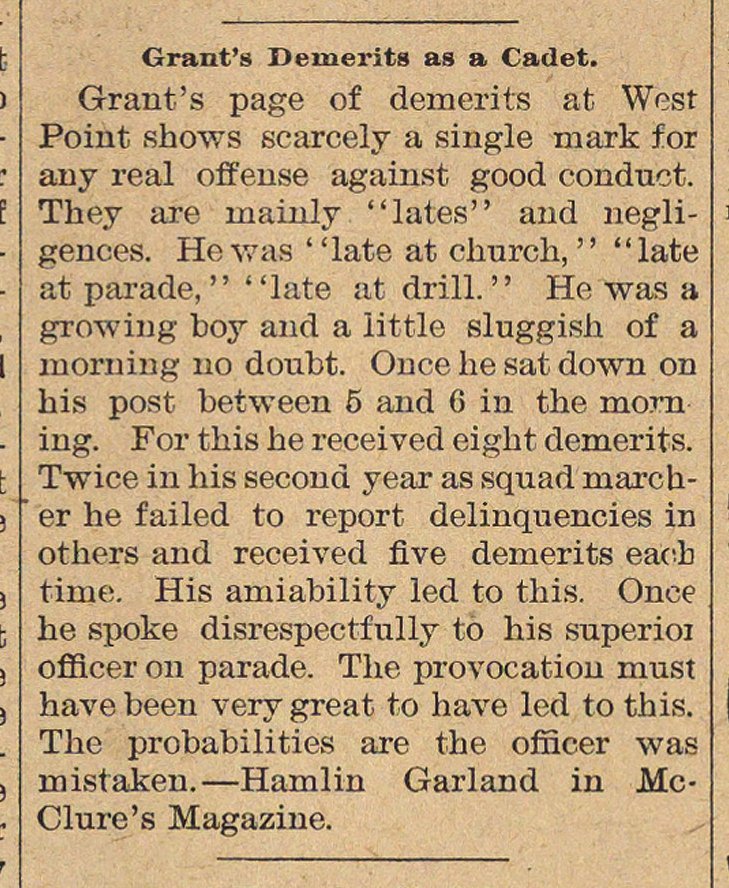 Grant's page of demerite at West Point shows scarcely a single mark for any real offense against good conduot. They are mainly "lates" and negligences. He was "late at church, " "late at parade, " "late at drill. " He was a growing boy and a little sluggish of a mom ing 110 doubt. Once he sat down on his post between 5 and G in the mom ing. For this he received eight demerits. Twice in his second year as squad marcher he failed to report delinquencies in others and received five demerits eaob time. His amiability led to this. Once he spoke disrespectfully to his superioi officer on parade. The provocation must have been verygreat to have led to this. The probabilities are the officer was