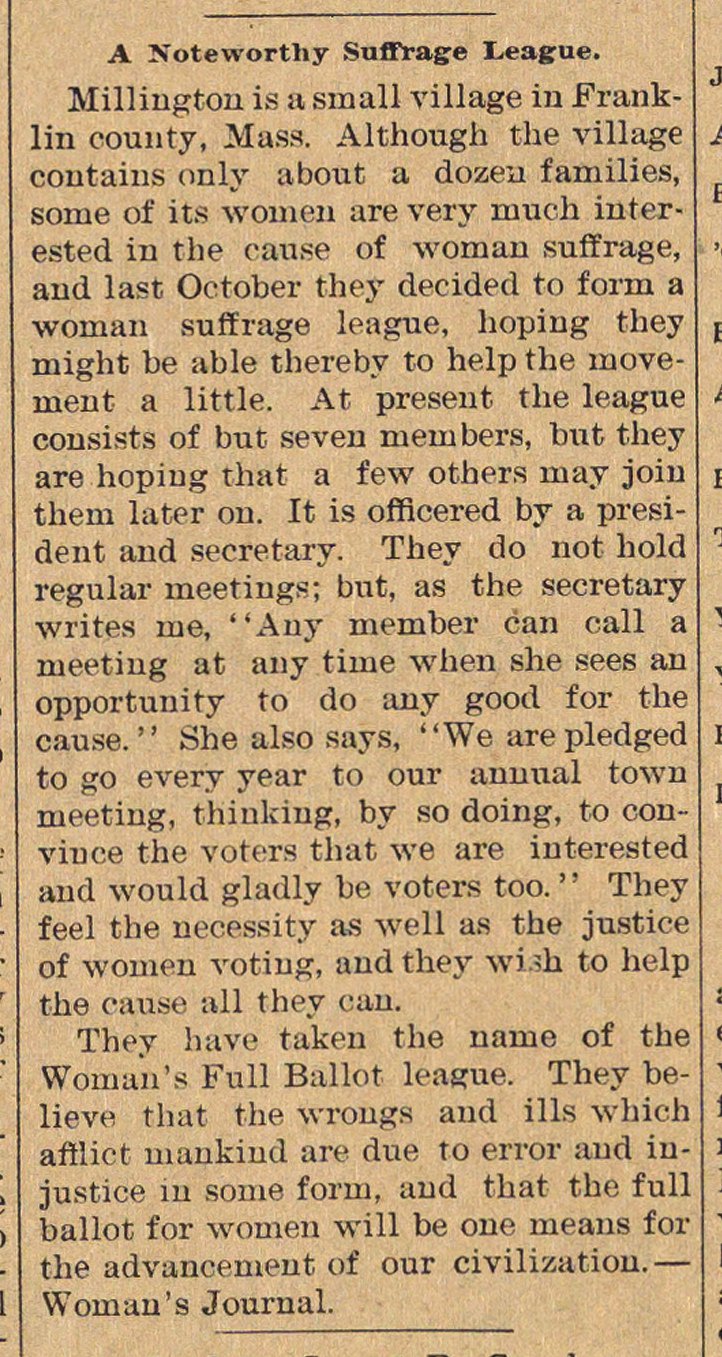 Millington is i small village in Frankin eounty, Mas. Although the village coutains only about a, dozen families, some of its woineu are very mueh interested in tlie cause of woman suffrage, and last October they decided to form a woman sufErage league, hoping they might be able thereby to help the movenient a little. At present the league eonsists of but seven members, but they are hoping that a few others ruay join ;hem later ou. It is offlcered by a president and secretary. They do not hold regular meetings; but, as the secretary writes me, "Auy member can oall a meeting at any time when she sees an opportunity to do any good for the cause." She also says, "We arepledged to go every year to our annnal town meeting, thinking, by so doing, to convipce the voters that we are interested and would gladly be voters too. " They feel the necessity as well as the justice of women voting, and they wi.sh to help the canse all they eau. They have taken the name of the Woman's Full Ballot league. They believe that the wrongs and ills which aftlict mankind are due to error and iujustice m some form, and that the ful] ballot for women will be one means for the advancement of our civiliza tion. -