People Do Read The Papers 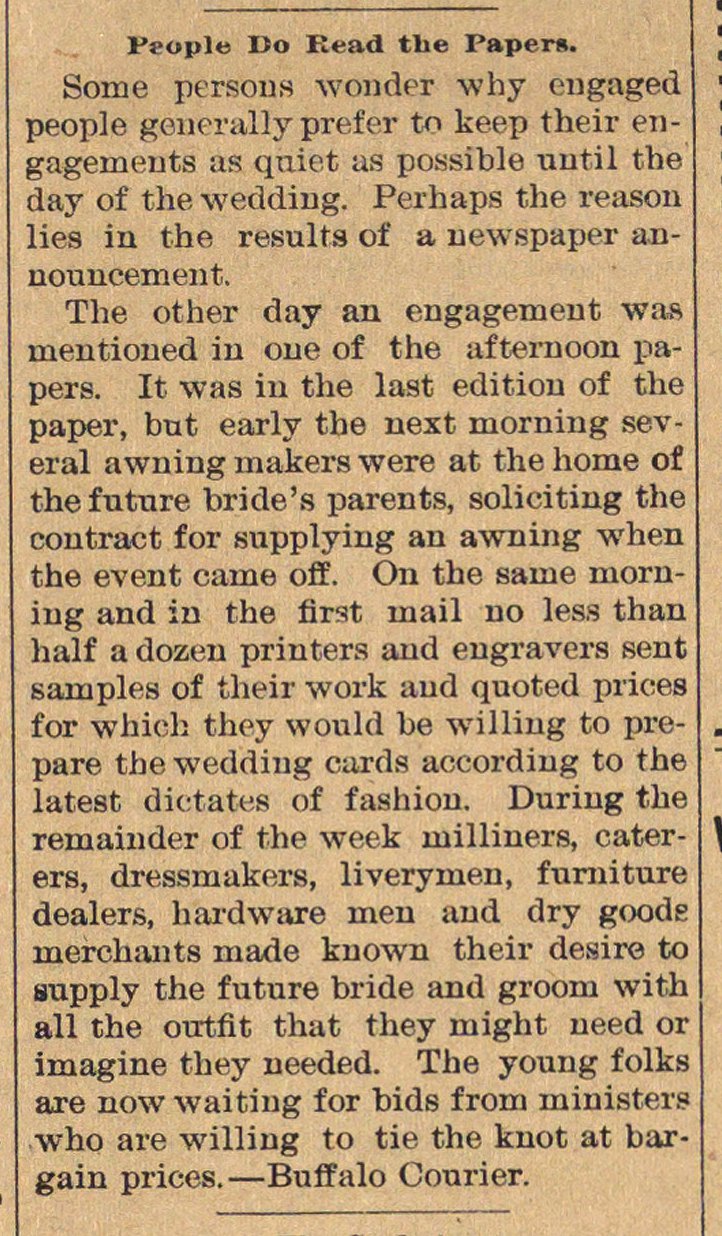 Some persons wonder why engaged people generally pref er to keep their engagemeuts as qnict as possible until the day of the wedding. Perhaps the reaaon lies in the resulta of a newspapor announcement. Tlie other day an engagement was inentioned in oue of the afternoon papers. It was in the last editiou of the paper, hut early the next morning several awning makers were at the home of the future bride's parents, soliciting the contract for supplying an awning when the event carne off. On the same niorniiig and in the first mail do less than half a dozen printers and engravers sent samples of their work and quoted prices for which they would be willing to prepare the wedding curds according to the latest dictates of f ashiou. Duriug the remainder of the week inilliners, caterers, dressmakers, liverymen, furniture dealers, hardware men and dry goods ïnerchants made known their desire to supply the future bride and groom with all the outfit that they might need or imagine they needed. The young folks are now waiting for bids from minister who are willing to tie the knot at gain