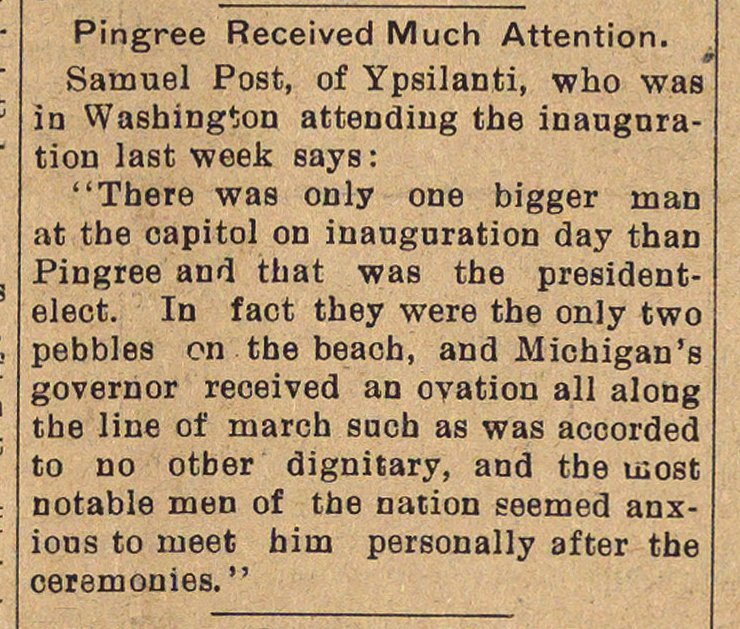 Samuel Post, of Ypsilanti, who was in Washington attending the inaugnration last week says: "Tbere was only one bigger man at the capitol on inauguration day than Pingree and that was the presidentelect. In fact they were the only two pebbles en tbe beach, and Michigan's governor received an ovation all along tbe line oí march such as was accorded to no otber dignitary, and tbe inost notable men of tbe nation seemed anxions to meet him personally after the ceremonies."