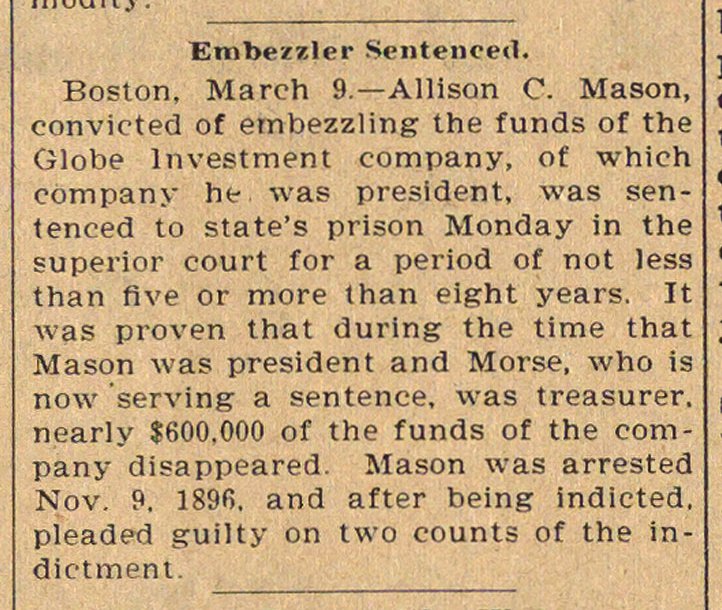 Boston, March 9. - Allison C. Masón, convicted of ernbezzling the funds of the Globe lnvestment company, of which company was president, was sentenced to state's prison Monday in the superior court for a period of not less than five or more than eight years. It was proven that during the time that Masón was president and Morse, who is now serving a sentence, was treasurer. nearly $600.000 of the funds of the company disappeared. Mason was arrested Nov. 9. 189R. and after being indicted, pleaded guilty on two counts of the indictment.