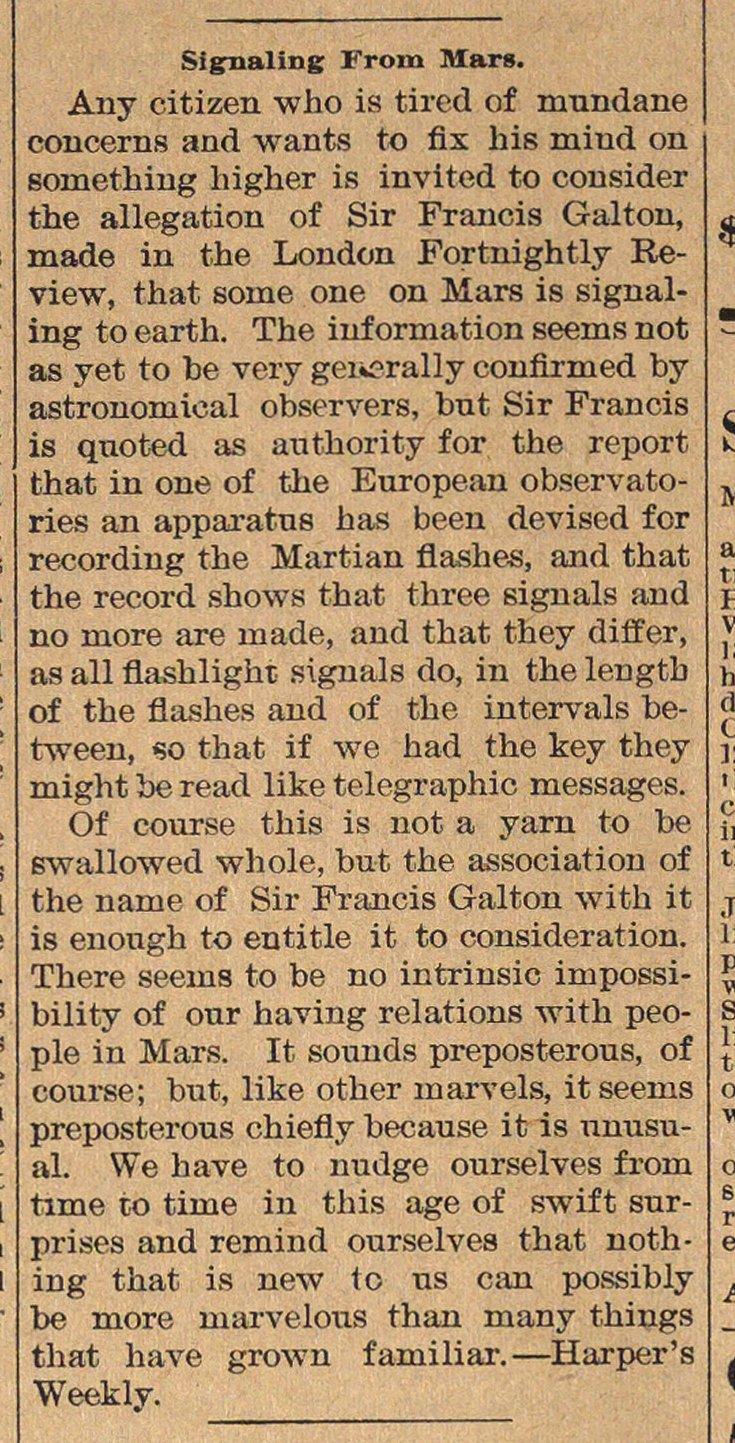 Any citizen who is tired of mundane concerns and wants to flx his miud on soinething liigher is invited to cousider the allegation of Sir Francis Galton, made in the London Fortnightly Review, that some one on Mars is signaling to earth. The information seeins not as yet to be very geiLrally conflrmed by astronomical observers, but Sir Francis is qnoted as anthority for the report that in one of the European observatories an apparatns has been devised for recording the Martian flashes, and that the record shows that three signáis and no more are made, and that they differ, as all flashlight signáis do, in the lengtb of the flashes and of the intervals between, o that if we had the key they might be read like telcgraphic messages. Of course this is not a yarn to be Bwallowed whole, but the association of ;he name of Sir Francis Galton with it is enough to entitle it to consideration. There seeins to be no intrinsic impossiDility of our having relations with people in Mars. It sounds preposterous, of course; but, like other marvels, it seems preposterous chiefly because it is ïimisual. We have to nudge ourselves f rom time to time in this age of swift surprises and remind ourselves that nothing that is new to ns can possibly be more marvelous than many things