Urban Development In The South 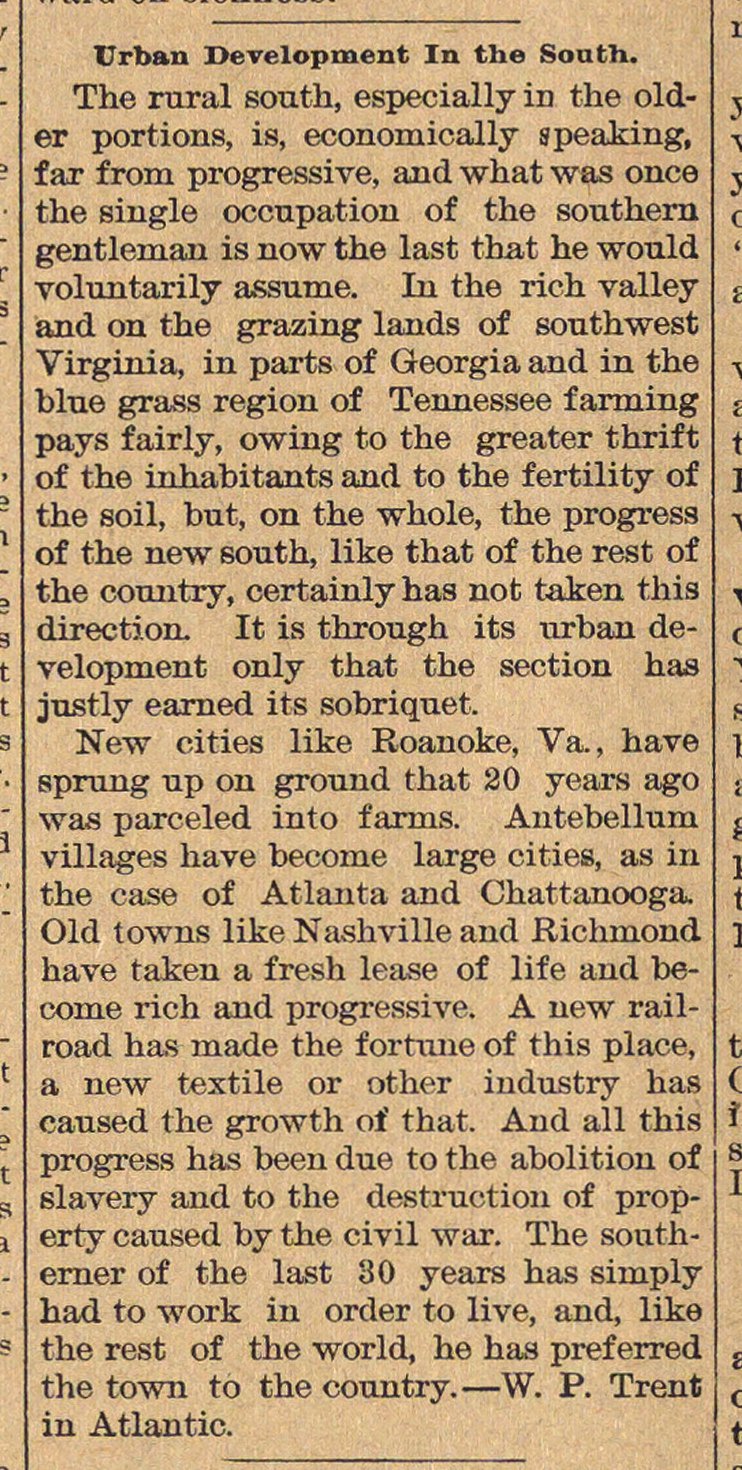 The rural south, especially in the older portions, is, economically speaking, fax f rom progressive, and what was once the single occnpation of the southern gentleman is now the last that he would voluntarily assume. In the rich valley and on the grazing lands of Southwest Virginia, in parts of Georgia and in the blue grass región of Tennessee farming pays fairly, owing to the greater thrift of the inhabitants and to the fertility of the soil, but, on the whole, the progress of the new south, like that of the rest of the country, certainlyhas not taken this direction. It is through its urban development only that the section has justly earned its sobriquet. New cities like Roanoke, Va., have sprung up on ground that 20 years ago was parceled into farms. Antebellum villages have become large cities, as in the case of Atlanta and Chattanooga. Old towns like Nashville and Richmond have taken a fresh lease of lif e and become rich and progressive. A new railroad has made the fortune of this place, a new textile or other industry has caused the growth of that. And all this progress has been due to the abolition of slavery and to the destruction of property caused by the civil war. The southerner of the last 30 years has simply had to work in order to live, and, like the rest of the world. he has nreferred