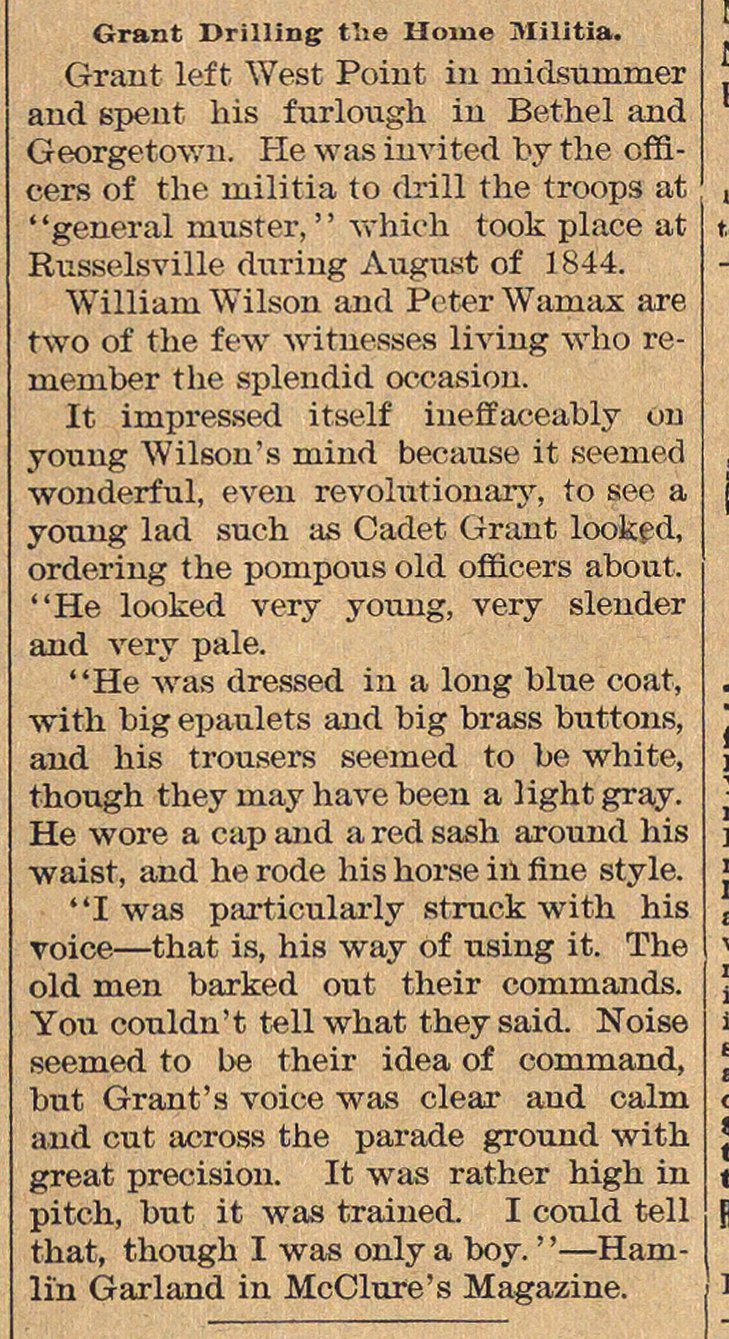 Grant lef t West Point in midsummer and epent his furlough in Bethel and Georgetown. He was invited by tlie officers of the militia to drill the troops at ' 'general rnuster, ' ' which took place at Russelsville during August of 1 844. William Wilson and Peter Wamax are two of the few witnesses living who rernember the splendid occasion. It impressed itself inefïaceably on young Wilson's mind because it seemed wonderful, even revolutionary, to see a young lad such as Cadet Grant looked, ordering the pompous old officers about. "He looked very young, very slender and very pale. "He was dressed in a long blue coat, with big epaulets and big brass buttons, and his trousers seemed to be white, though they may have been a light gray. He wore a cap and a red sash around his waist, and he rode his horse in fine style. "I was particularly strack with his voice - that is, his way of tising it. The old men barked out their commands. You couldn't teil what they said. Noise seemed to be their idea of command, but Grant's voice was clear and calm and cut across the parade ground with great precisión. It was rather high in pitch, but it was trained. I conld teil