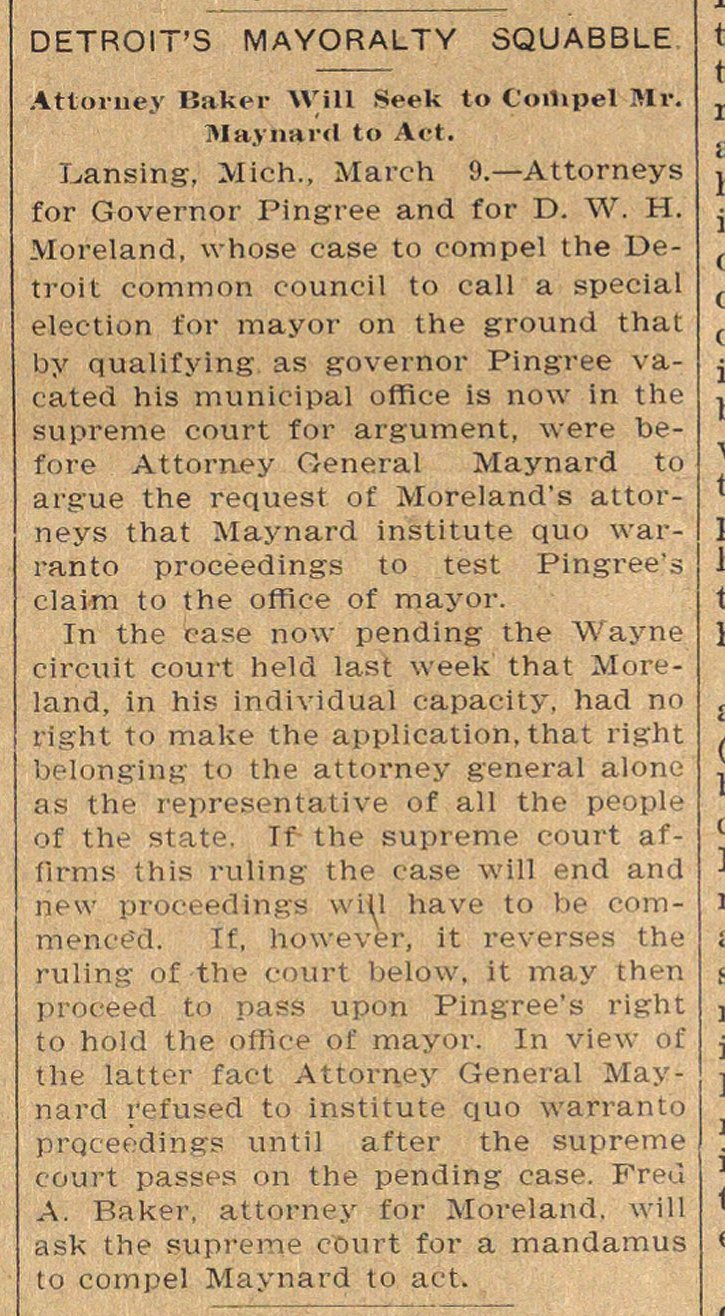 iMaynard to aci Iansing, Mich., March 9. - Attorneys for Governor Pingree and for D. W. H. Moreland, whose case to compel the Detroit common council to cali a special election for mayor on the ground that by qualifying as governor Pingree vacated his municipal offlce is now in the supreme court for argument, were before Attorney General Maynard to argüe the request of Moreland's attorneys that Maynard institute quo warranto procèedings to test Pingree's claim to the office of mayor. In the case now pending the Wayne circuit court held last week that Moreland, in his individual capacity, had no right to make the application. that right belonging to the attorney general alone as the representktíve of all the people of the state. If the supreme court afflrms ihis ruling the case will end and riew proceedlngs wiil have to be commencSd. If, however, it reverses the ruling "f the court belöw, it may then proceed to pass upon Pingree's right to hokl the office of mayor. In view of the latter fact Attorney General Maynard refused to institute quo warranto prQceediñgs unti) after the supreme court passes on the pèttdiBg case. Freü A. Bíker, attorney for Moreland, wijl ask the supreme court for a manilamus to compel Maynard to act.