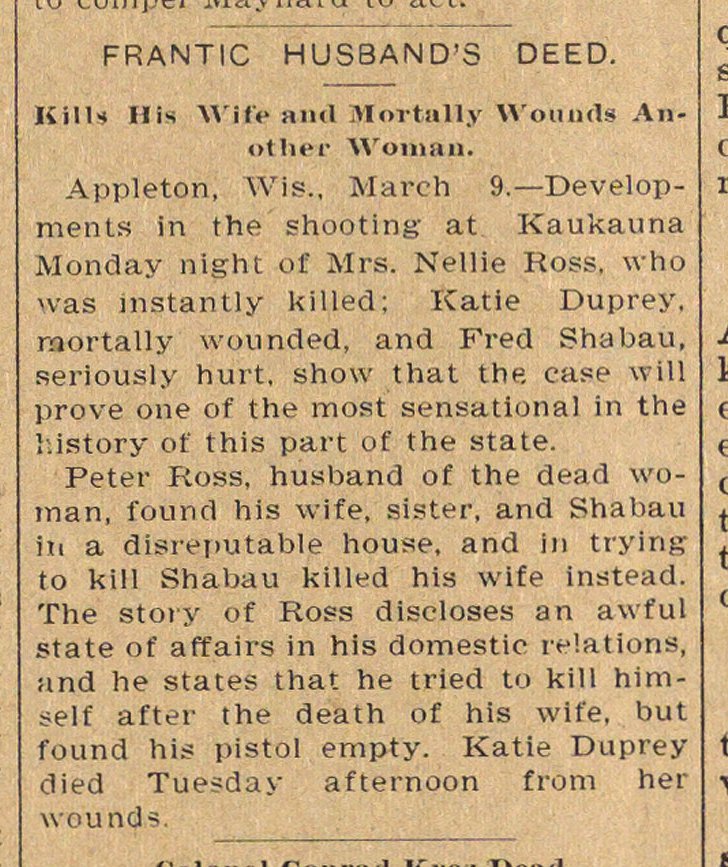 Appleton, Wis., March 9. - Developments In the shooting at Kaukauna Monday night of Mrs. Nelüe Ross. ivho was mstantly killed; Katie Duprey. rnortall y wounded, and Fred Shabau, seriously hurt, show that the. case will prove one of the most sensational in the '.story of this part 0Í the state. Peter Ross, busband of the dead voman, found nis wife, sister, and Shabau in a disreputable house, and in trying to kill Shabau killed his wife instead. The story of Ross discloses an awful state of affairs in his domestic relations, and he states that he tried to kill himself (he death of his wife. but found his pisto! empty. Katie Duprey died Tue?day afternoon from her u ound,3.