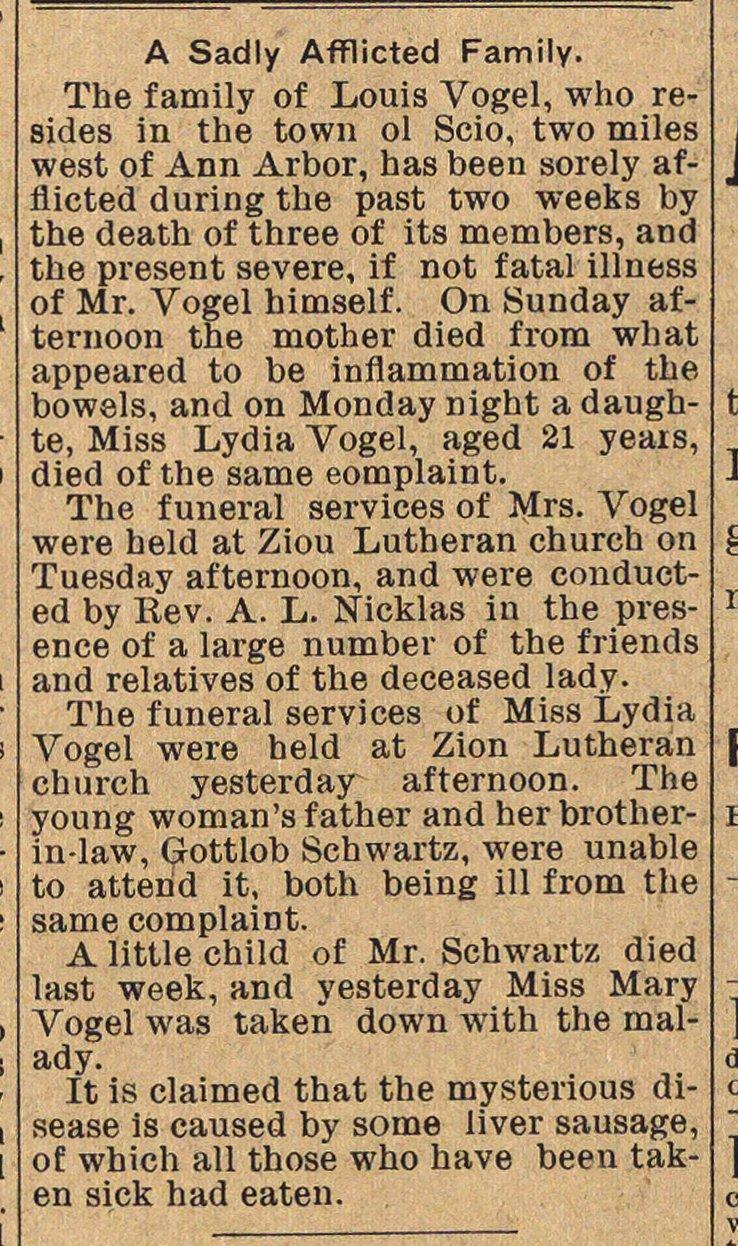 The family of Louis Vogel, who resides in the town ol Scio, two miles west of Ann Arbor, has been sorely afflicted during the past two weeks by the death of three of its members, and the present severe, if not fatal illness of Mr. Vogel himself. On Sunday afternoon the mother died from what appeared to be inflammation of the bowels, and on Monday night a daughte, Miss Lydia Vogel, aged 21 yeais, died of the same eomplaint. The funeral services of Mrs. Vogel were held at Ziou Lutheran church on Tuesday afternoon, and were conducted by Kev. A. L. Nicklas in the presence of a large number of the friends and relatives of the deceased lady. The funeral services of Miss Lydia Vogel were held at Zion Lutheran church yesterday afternoon. The young woman 's father and herbrotherin-law, (rottlob Schwartz, were unable to atterid it, both being ill from the same complaiDt. A little child of Mr. Schwartz died last week, and yesterday Miss Mary Vogel was taken down with the malady. It is claimed that the mysterious disease is caused by some liver sausage, of which all those who have been taken sick had eaten.