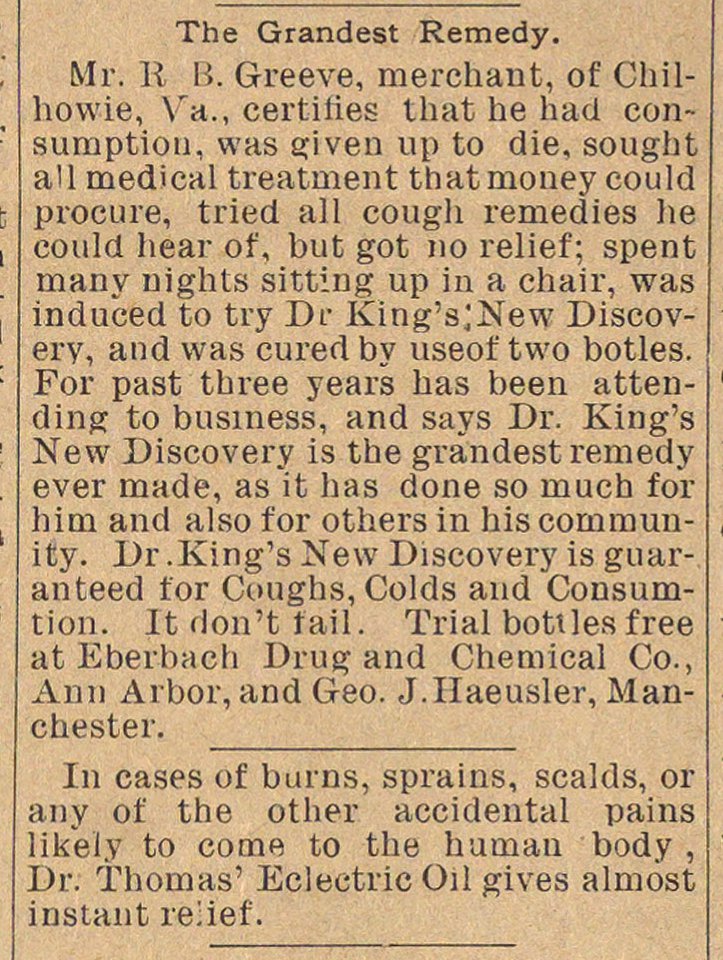 The Grandest Remedy. Mr. K B. Greeve, merchant, of Chilhowie, 'a., certilies that he had consumption, was given up to die. sought all medical treatment thatmoney eould procure, tried all cough remedies he could hear of, but got do relief; spent many nights sitting up in a chair, was induced to try Dr King's;New Discovery, and was cured by useof two botles. For past three years bas been attending to business, and says Dr. King's New Discovery is the grándest remedy ever made, as it has done so mueb for bim and also for others in hiscommunity. Dr. King's New Discovery is guaranteed for Cougbs, Colds and Consumtion. It doirt tail. Trial bott les f ree at Eberbach Drug and Chemical Co., Ann Arbor, and Geo. J.IIaeusler, Manchester. In cases of burns, sprains, scalds, or any of the other accidental pains ikely to come to the human body , Dr. Thomas' EelectricOii gives almost instant reüef.