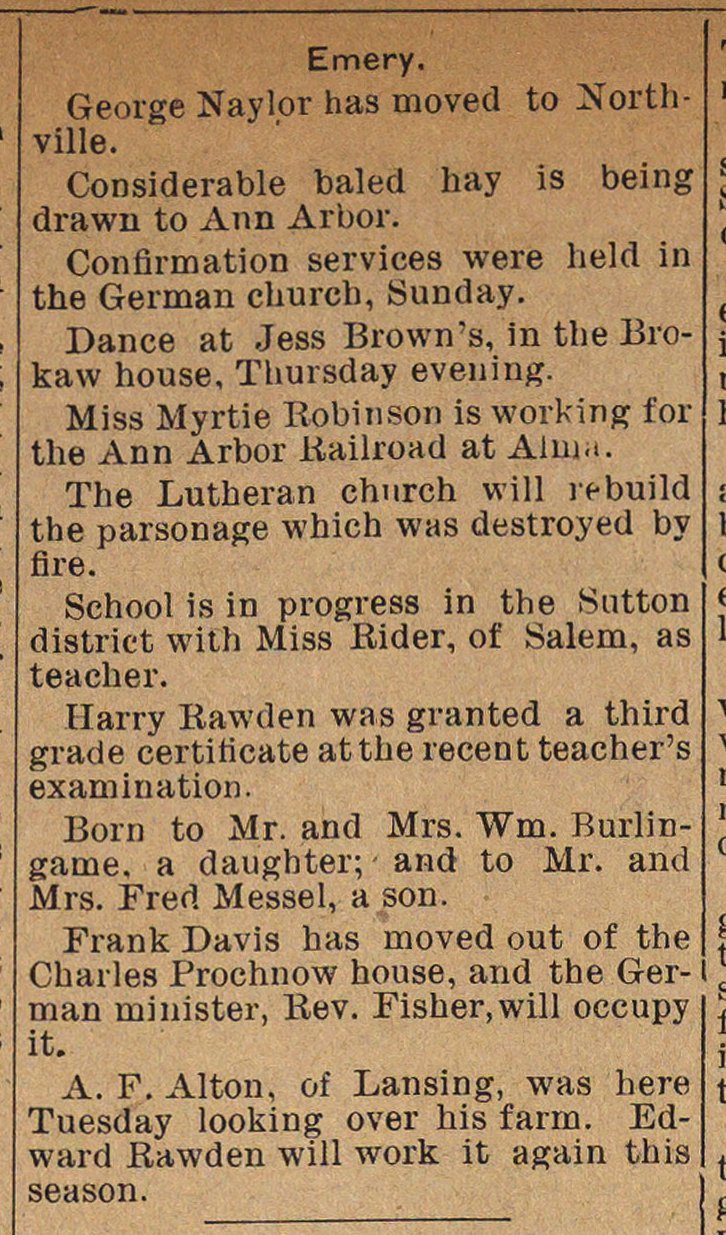 George Naylpr has moved to .Mortnville. Considerable baled hay is being drawn to Aun Arbor. Confirmation services were held in the Germán churcli, Sunday. Dance at Jess Brown's, in the Brokaw house, ïhursday evening. Miss Myrtie Hobinson isworking for the Ann Arbor Kailroad at Alma. The Lutheran church will rt-build the parsonage which was destroyed by flre. School is in progress in the Sutton district witb Miss Rider, of Salem, as teacher. Ilarry Kawden was granted a third grade certifícate at the recent teacher's examination. Bom to Mr. and Mrs. Wm. Rurlingame. a daughter; and to Mr. and Mrs. Fred Messel, a son. Frank Davis has moved out of the Charles Prochnow house, and the 1 man minister, Bev. Fisher, will occupy it. A. F. Alton, of Lansing, was here Tuesday looking over his farm. Edward Rawden will work it again this season.