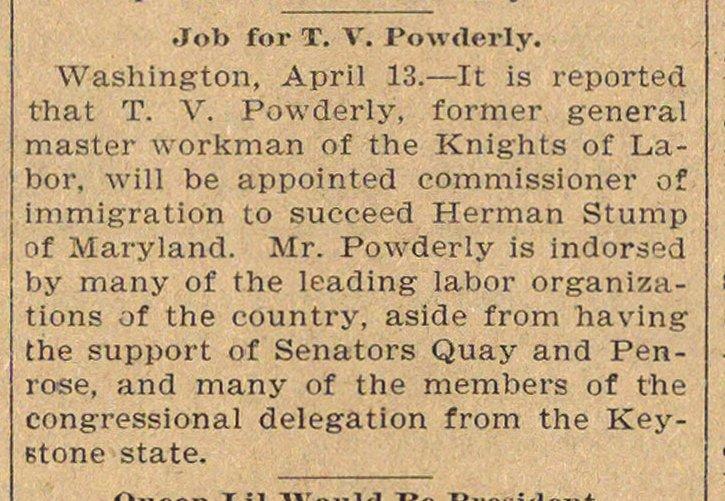 Washington, April 13. - It is reported that ï. V. Powderly, former general master workman of the Knights of Labor, will be appointed commissioner of immigration to succeed Herman Stump of Maryland. Mr. Powderly is indorsed by many of the leading labor organizations of the country, aside from having the support of Senators Quay and Penrose, and many of the members of the congressional delegation from the KeyBtone state.