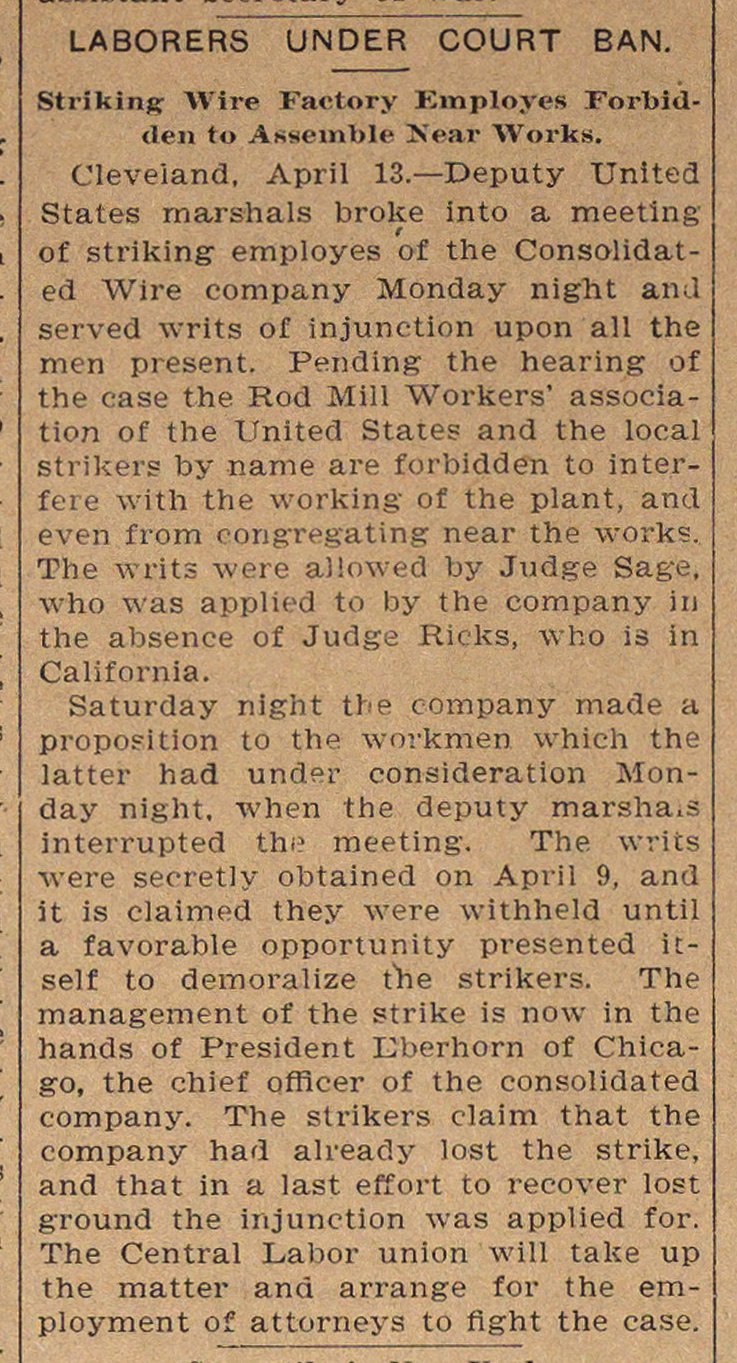 Cleveland, April 13. - Deputy United States marshals broke into a meeting of employés of the Consolidated Wire company Monday night and served writs of injunetion upon all the men present. Pending the hearing of the case the Rod Mili Workers' association of the United States and the local strikers by name are forbidden to interfere with the of the plant, and even from congregatinsr near the works. The writs were allowed by Judge Sage, wlio was applied to by the company in the absence of Judge Ricks, who is in California. Saturday night the company made a propofition to the workmen which the latter had und?r consideration Monday night, when the deputy marsha.s interrupted the meeting. The writs ■vere secretly obtained on April 9, and it is claimed they were withheld until a favorable opportunity presented itself to demoralize the strikers. The management of the strike is now in the hands of President Dberhorn of Chicago, the chief offlcer of the Consolidated company. The strikers claim that the company had already lost the strike, and that in a last effort to recover lost ground the injunetion was applied for. The Central Labor unión will take up the matter and arrange for the employment of attorneys to fight the case.