Found Hanging From A Tree 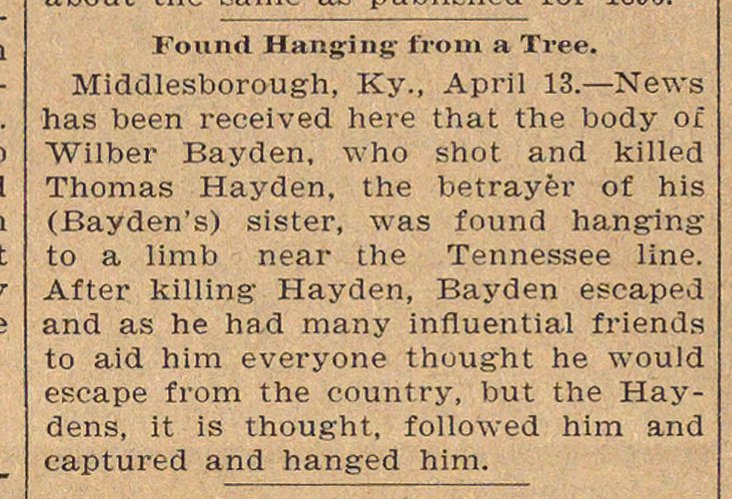 Middlesborough, Ky., April 13. - News has been received here that tlie body oL Wilber Bayden, who shot and killed Thomas Hayden, the betrayèr of his (Bayden's) sister, was found hanging to a linib near the Tennessee line. After killing Hayden, Bayden eseaped and as he had many influential friends to aid him everyone thought he would escape from the country, but the Haydens, it is thought, followed him and eaptured and hanged him.