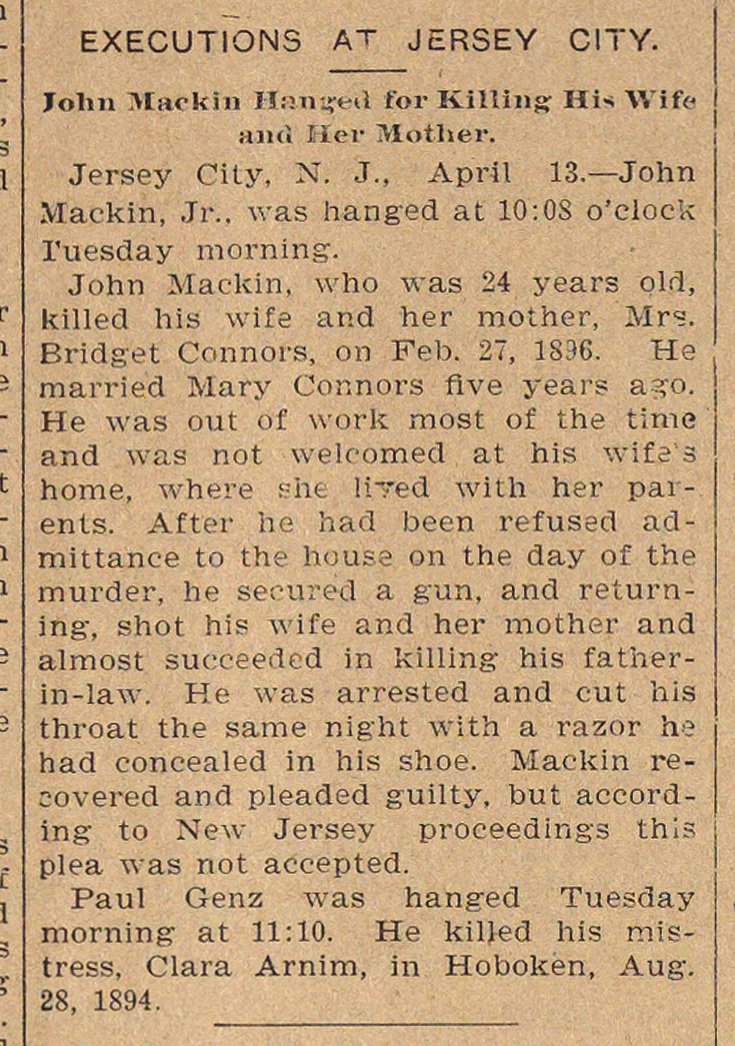 Jersey City, X. J., April 13. - John Mackin, Jr., was hanged at 10:0S o'clock I'uesday morníng. John Mackin, -ho was 24 years oíd, killed his wife and her mother, Mr?. Bridget Connors, on Feb. 27, 1S3G. He married Mary Connors five years ao. He was out of work most of the time and was not welcomed at his wlfs 3 home, where she lived with her pai - enls. Af ter lie had been refused admittanee to the house on the day of the murder, he securëd a gun, and returning, shot his wife and her mother and almost suceeeded in killing his fatherin-law. He was arrested and cut his throat the same night with a razor hs had concealed in his shoe. Mackin re;overed and pleaded guilty, but according to New Jersey proeeedings thls plea was not accepted. Paul Genz was hanged Tuesday morning at 11:10. He killed his mistress, Clara Arnim, in Hoboken, Aug. 28, 1894.