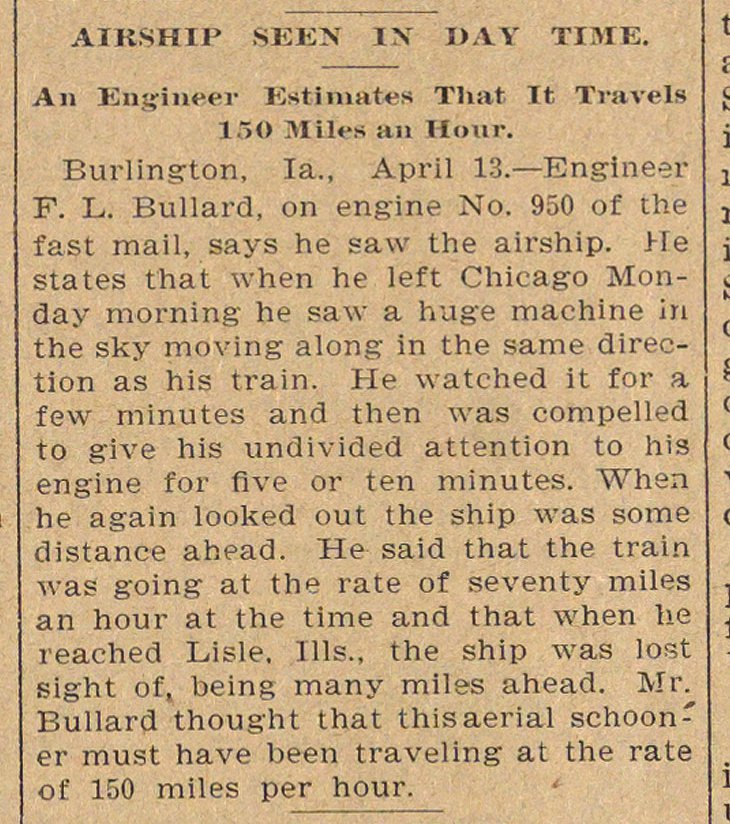 Burlington, Ia., April 13. - Engineer F. L. Bullard, on engine No. 950 of the fast mail, says he saw the airship. He states that when he left Chicago Monday morning he saw a huge machine in the sky moving along in the same direction as his train. He watehed it for a few minutes and then was compelled to give his undivided attention to his engine for flve or ten minutes. When he again looked out the ship was some distance ahead. He said that the train was going at the rate of seventy miles an hour at the time and that when he reached Lisie, ]lls., the ship was lost sight of, being many miles ahead. Mr. Bullard thought that thisaerial schooner must have been traveling at the rate of 150 miles per hour.