Thought Prayer Would Save Her 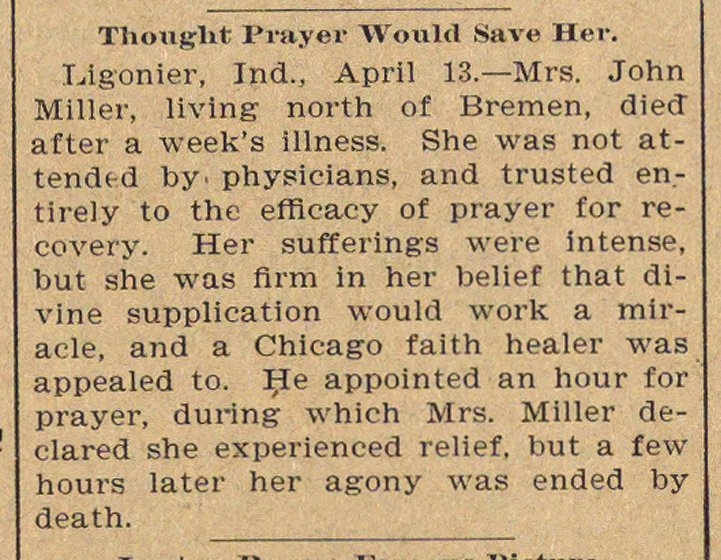 Ugonier, Ind., April 13. - Mrs. John Miller, living north of Bremen, died after a week's illness. She was not attenclc-d by physieians, and trusted entirely to the efflcacy of prayer for recovery. Her sufferings were intense, but she was flrm in her belief that divine supplication would work a miracle, and a Chicago faith healer was appealed to. Ie appointed an hour for prayer, during which Mrs. Miller declared she experienced relief, but a few hours later her agony was ended by death.