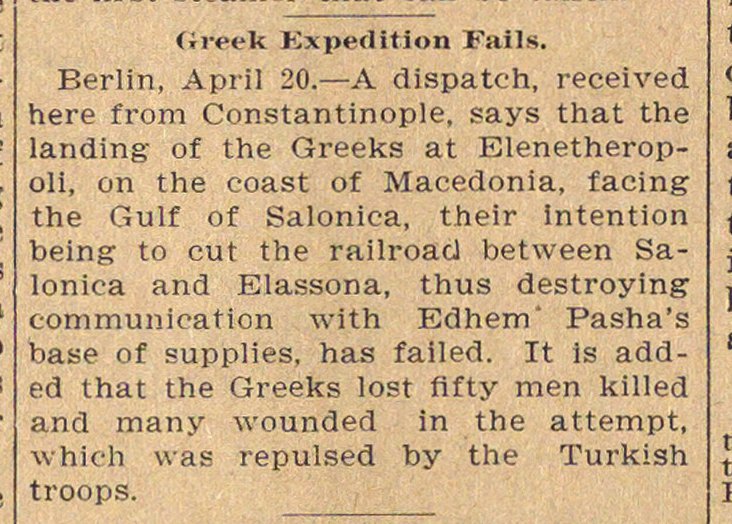 Berlin, April 20. - A dispatch, received here from Constantinople, says that the landing of the Greeks at Elenetheropoli, on the coast of Macedonia, facing the Gulf of Salónica, their intention beingr to cut the railroad between Salónica and Elassona, thus destroying communication with Edhem' Pasha's base of supplies, has failed. It is added that the Greeks lost fifty men killed and many wounded in the attempt, which was repulsed by the ïurkish troops.