First Appearance Since The Fight 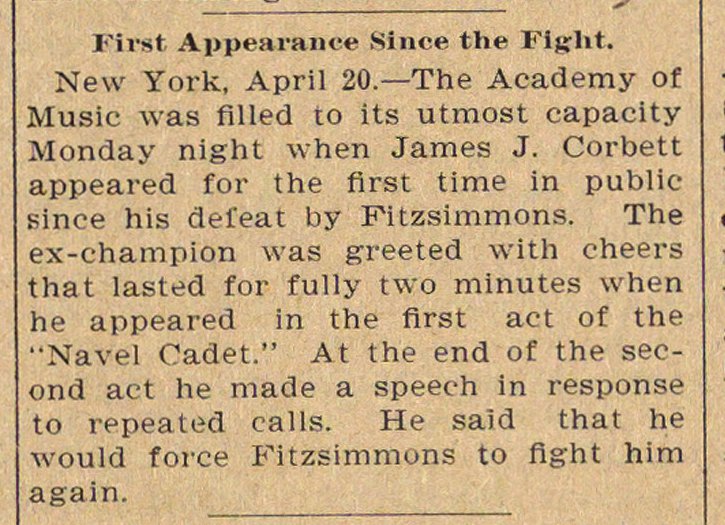 New York, April 20.- The Academy of Music was filled to its utmost capacity Monday night when James J. Corbett appeared for the first time in public since his del'eat by Fitzsimmons. The ex-champion was greeted with cheers that lasted for fully two minutes when he appeared in the first act of the "Navel Cadet." At the end of the second act he made a speech in response to repeated calis. He said that he would force Fitzsimmons to fight him again.