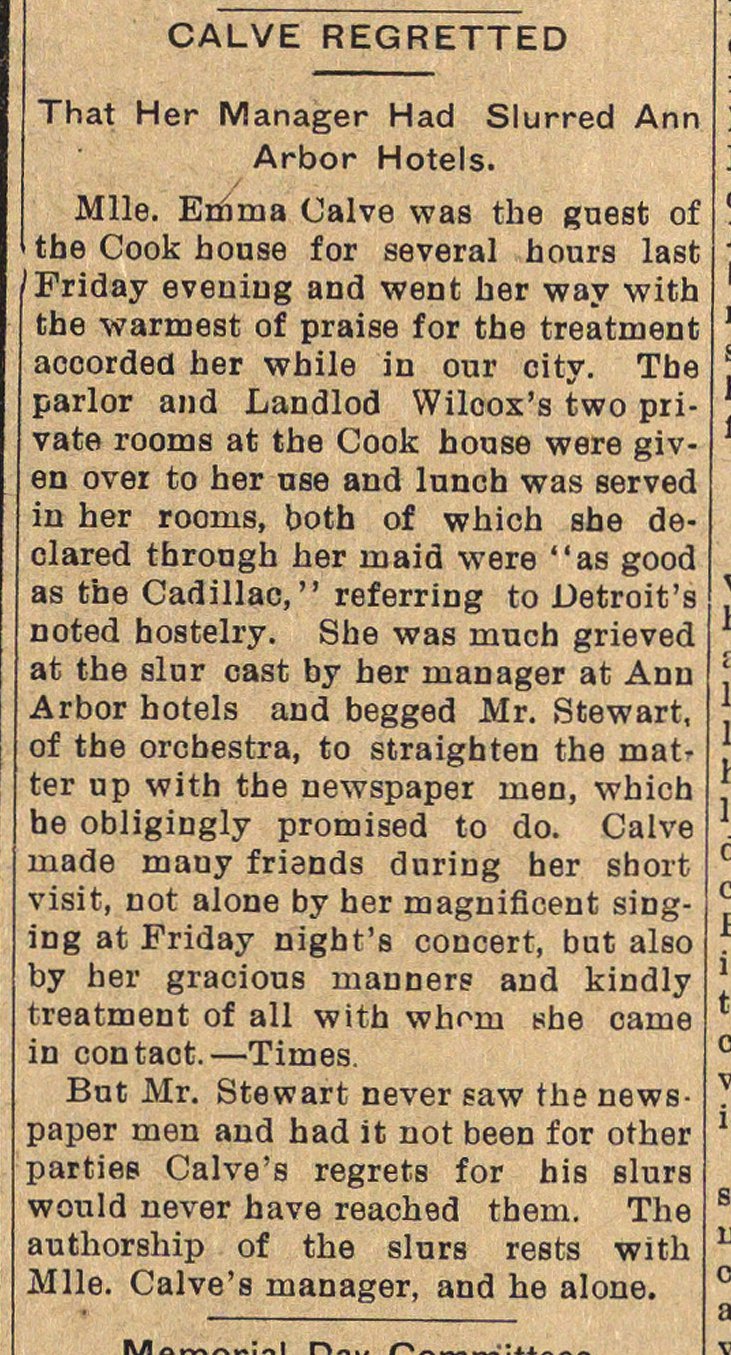 Mlle. Ernma Calve was the guest of the Cook house for several hours last Friday eveuiug and went ber way with the warmest of praise for the treatnient aooorded her while in our city. The parlor and Landlod Wiloox's two private rooms at the Cook house were given over to her use and lunch was served in her rooms, both of which she declared throngh her ruaid were "as good as the Cadillac," referring to Jüetroit's noted hostelry. She was much grieved at the slur cast by her manager at Anu Arbor hotels and begged Mr. Stewart, of the orcbestra, to straighten the matter up with the newspaper men, which he obligingly promised to do. Calve made mauy friands during her short visit, not alone by her magnificent singing at Friday night's concert, but also by her gracious mauners and kindly treatment of all with whom she carne in contaot. - Times. But Mr. Stewart never saw the newspaper men and had it not been for other parties Calve's regrets for bis slurs wonld liever have reached them. The authorship of the slurs rests with Mlle. Calve's manager, and he alone.