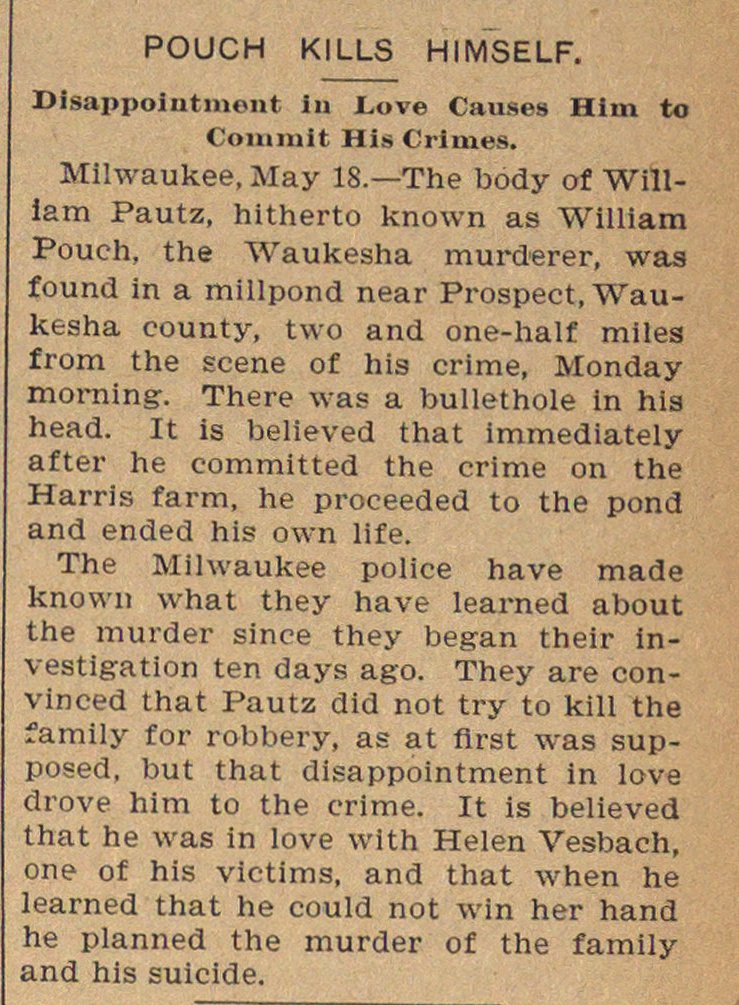 Milwaukee, May 18.- The body of William Pautz, hitherto knovvn as Wiüiam Pouch, the Waukesha murderer, was found in a millpond near Prospect, Waukesha county, two and one-half miles from the scène of nis crime, Monday morning. There was a bullethole in his head. It is believed that immediately after he committed the crime on the Harris farm, he proceeded to the pond and ended his own life. The Milwaukee pólice have made known what they have learned about the murder since they began their investigation ten days ago. They are convinced that Pautz did not try to kiü the family for robbery, as at flrst was supposed. but that disappointment in Iove drove him to the crime. It is believed that he was in Iove with Helen Vesbach, one of his victims, and that when he learned that he could not win her hand he planned the murder of the family and his suicide.