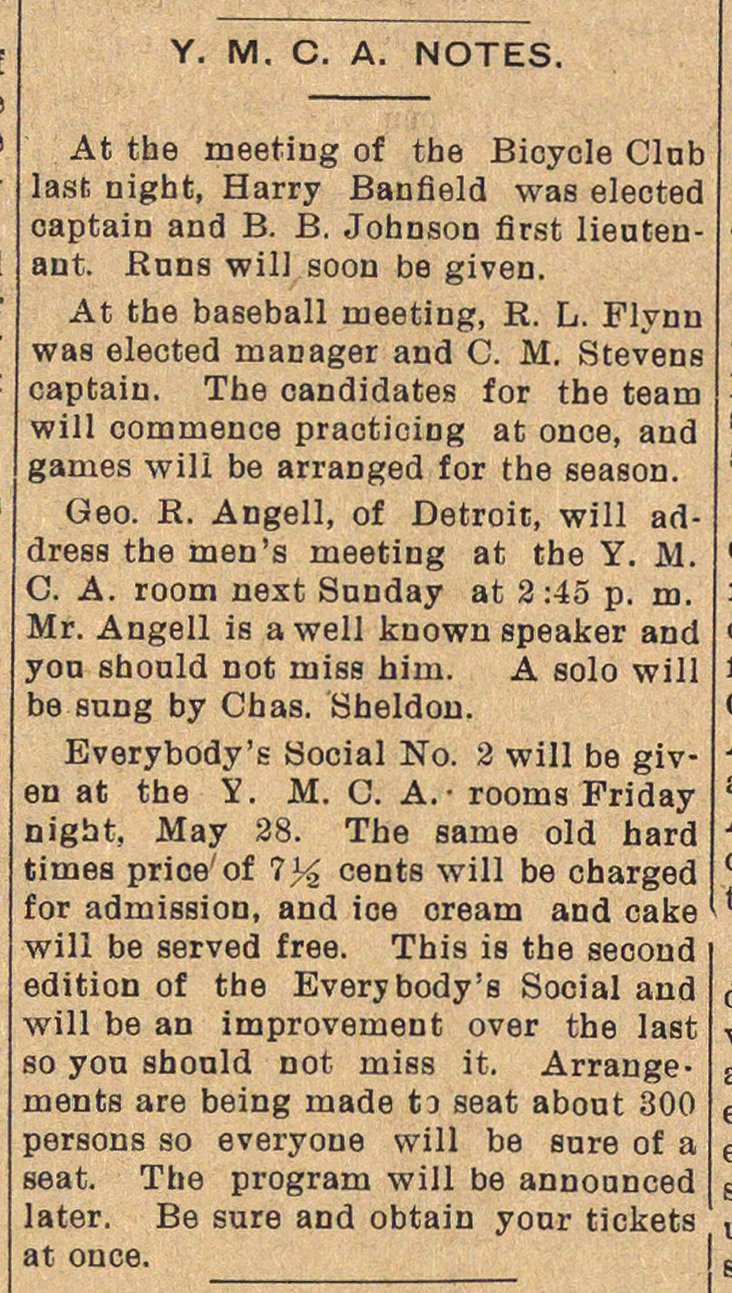 At the meeting of the Bioycle Clnb ast, night, Harry Banfield was elected aptain and B. B. Johnson first lieutennt. Runs will soon be given. At the baseball meeting, R. L. Flynn was elected manager and C. M. Stevens aptain. The candidates for the team ill commence practioing at once, and ames will be arraDged for the season. Geo. R. Angelí, of Detroit, will address the men's meeting at the Y. M. C. A. room next Snnday at 2:45 p. m. Mr. Angelí is awell known speaker and yon shonld not miss hún. A solo will be sung by Chas. Sheldou. Everybody's Social No. 2 will be given at the ï. M. C. rooms Friday nigbt, May 28. The same oíd hard times prioe'of iy2 cents will be charged for admission, and ice cream and cake will be served free. This is the second edition of the Everybody's Social and will be an improvemeut over the last so yon should not miss it. Arrangements are being made to seat about 800 persons so everyoue will be snre of a seat. The program will be announced later. Be sure and obtain yonr tickets at ouce.