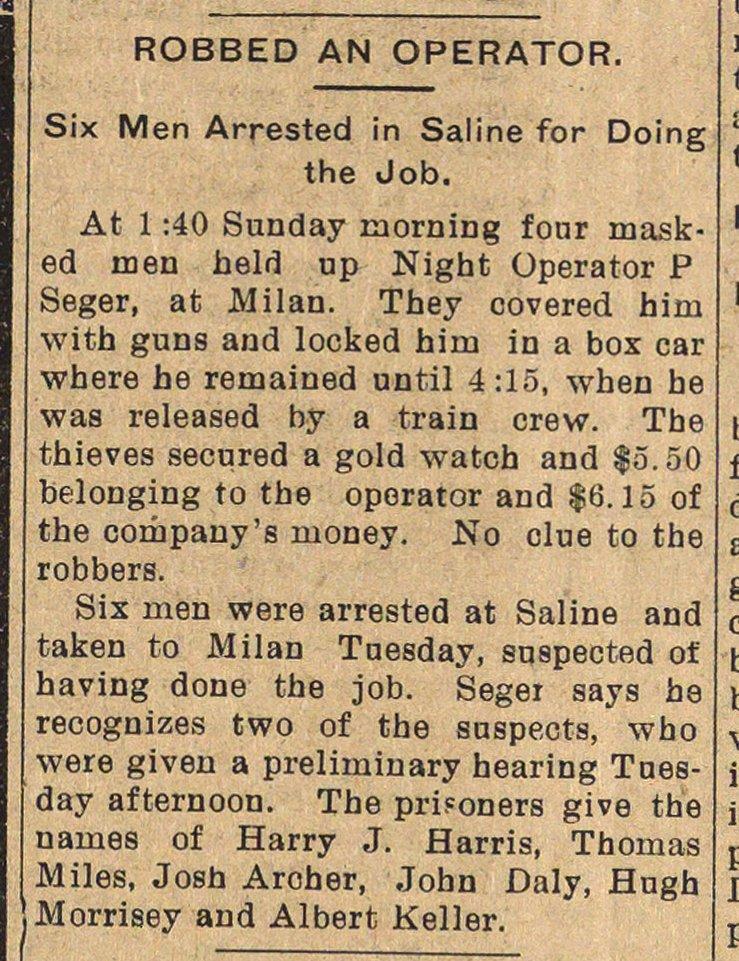 Six Men Arrested in Saline for Doing the Job. At 1:40 Sunday morning four masked men held up Night Operator P Seger, at Milan. They covered him with guns and locked him in a box car where he remained until 4:15, when he was released by a train crew. The thieves secured a gold watch and $5.50 belonging to the operator and $6.15 of the company's money. No clue to the robbers. Six men were arrested at Saline and taken to Milan Tuesday, suspected of having done the job. Seger says he recognizes two of the suspects, who were given a preliminary hearing Tuesday afternoon. The prisoners give the names of Harry J. Harris, Thomas Miles, Josh Archer, John Daly, Hugh Morrisey and Albert Keiler.