And The Cat Came Back 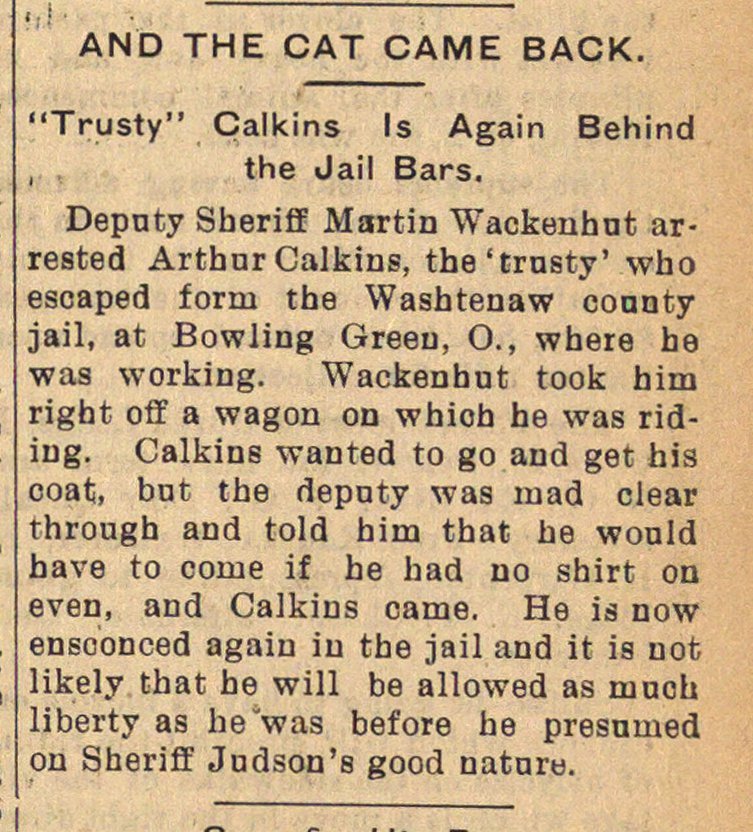 Deputy Sheriff Martin Wackenhut arrested Arthur Calkins, the 'trusty' who escaped form the Washtenaw county jail, at Bowling Green, O., where he was working. Wackenhut took him right off a wagon on which he was riding. Calkins wanted to go and get his coat, but the deputy was mad clear through and told him that be would have to come if he had no shirt on even, and Calkins came. He is now ensconced again in the jail and it is not likely that he will be allowed as much liberty as he was before he presumed on Sheriff Judson's good nature.