Sues For His Rent 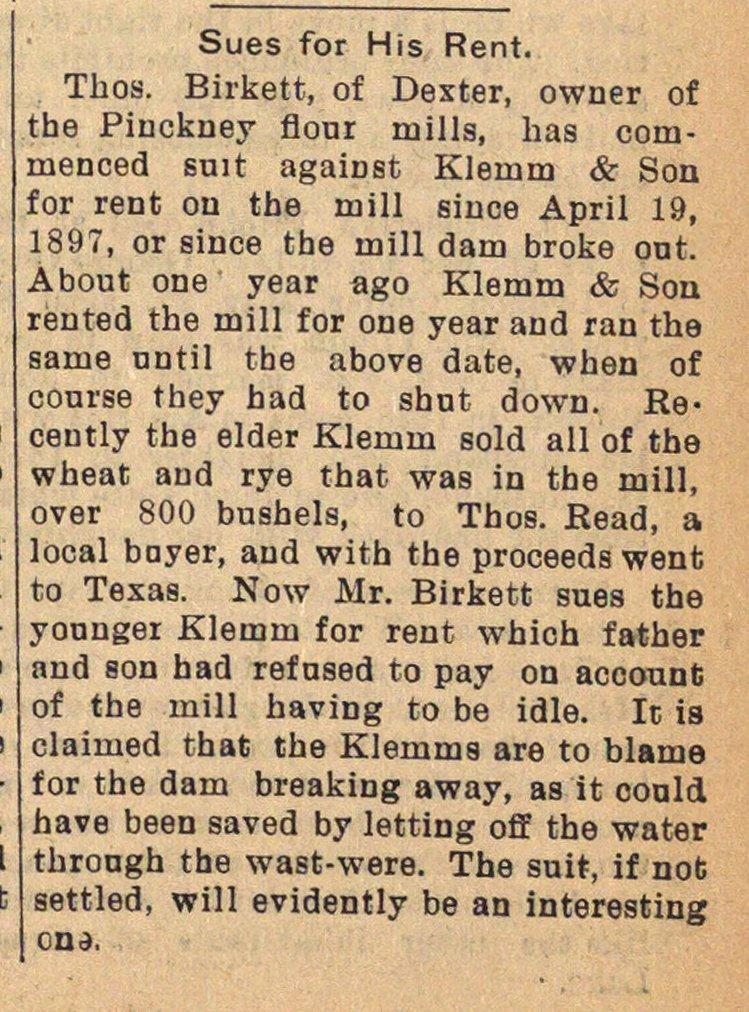 Thos. Birkett, of Dexter, owner of the Pinckney flour mills, has commenced suit against Klemm & Son for rent on the mill since April 19, 1897, or since the mill dam broke out. About one year ago Klemm & Son rented the mill for one year and ran the same until the above date, when of course they had to shut down. Receutly the eider Klemm sold all of the wheat and rye that was in the mill, over 800 bushels, to Thos. Read, a local buyer, and with the proceeds went to Texas. Now Mr. Birkett sues the younger Klemm for rent which father and son had refused to pay on account of the mill having to be idle. It is claimed that the Klemm are to blame for the dam breaking away, as it could have been saved by letting off the water through the wast-were. The suit, if not settled, will evidently be an interesting one.