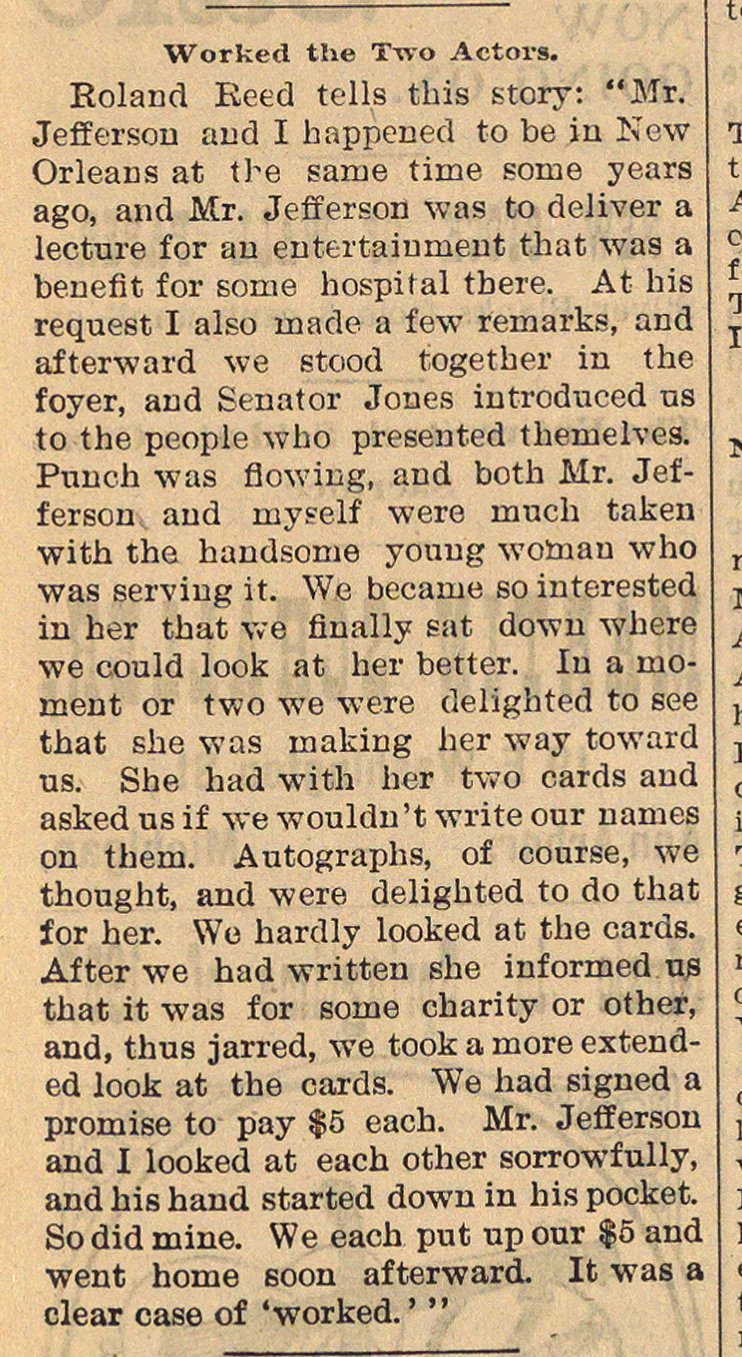 Roland Beed tell.s tbis story: "Mr. Jefferson aud I happened to be in New Orleaus at the same time some years ago, and Mr. Jefferson was to deliver a lecture for au entertainment that was a benefit for some hospital tbere. At his request I also made a few remarks, and afterward we stood together in the foyer, and Senator Jones introduced us to the people who presented themelves. Punch was flowiiig, and both Mr. Jefferson aud niyself were much taken with the haudsome young wotnau who was serving it. We became sointerested in her that we finally sat down where we could look at her better. lu a moment or two we were delighted to see that she was inaking her way toward ■us. She had with her two cards aud asked us if we wouldn't write our nanies on them. Autographs, of course, we thought, and were delighted to do that for her. We hardly looked at the cards. After we had written she informed uj3 that it was for some charity or other, and, thus jarred, we took a more extended look at the cards. We had signed a promise to pay f 5 each. Mr. Jefferson and I looked at each other sorrowfully, and his hand started down in his pocket. So did mine. We each put up our o and went home soon afterward. It was a clear case of 'worked. ' "