Tobacco In A Cricket Ball 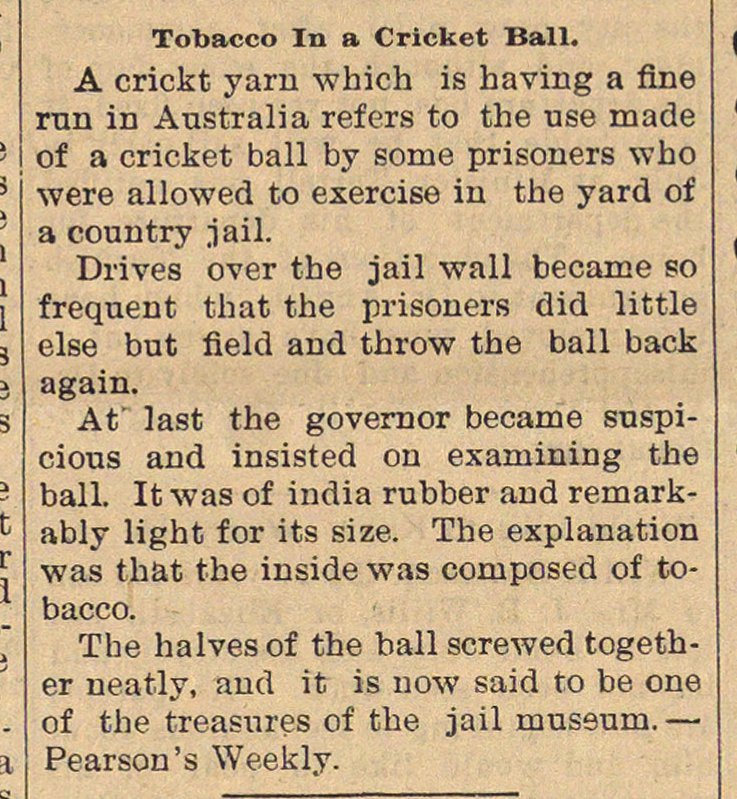 A crickt yarn which is having a fine run in Australia refers to the use made of a cricket ball by some prisoiiers who were allowed to exercise iu the yard of a country jail. Drives over the jail wall became so frequent that the prisoners did little else but field and throw the ball back again. At' last the governor became suspicious and insisted on examining the ball. It was of india rubber and remarkably light for its size. The explanation was that the inside was composed of tobacco. The halvesof the ball screwed together neatly, and it is now said to be one of the treasures of the jail museum. -