Her Trout In Signs 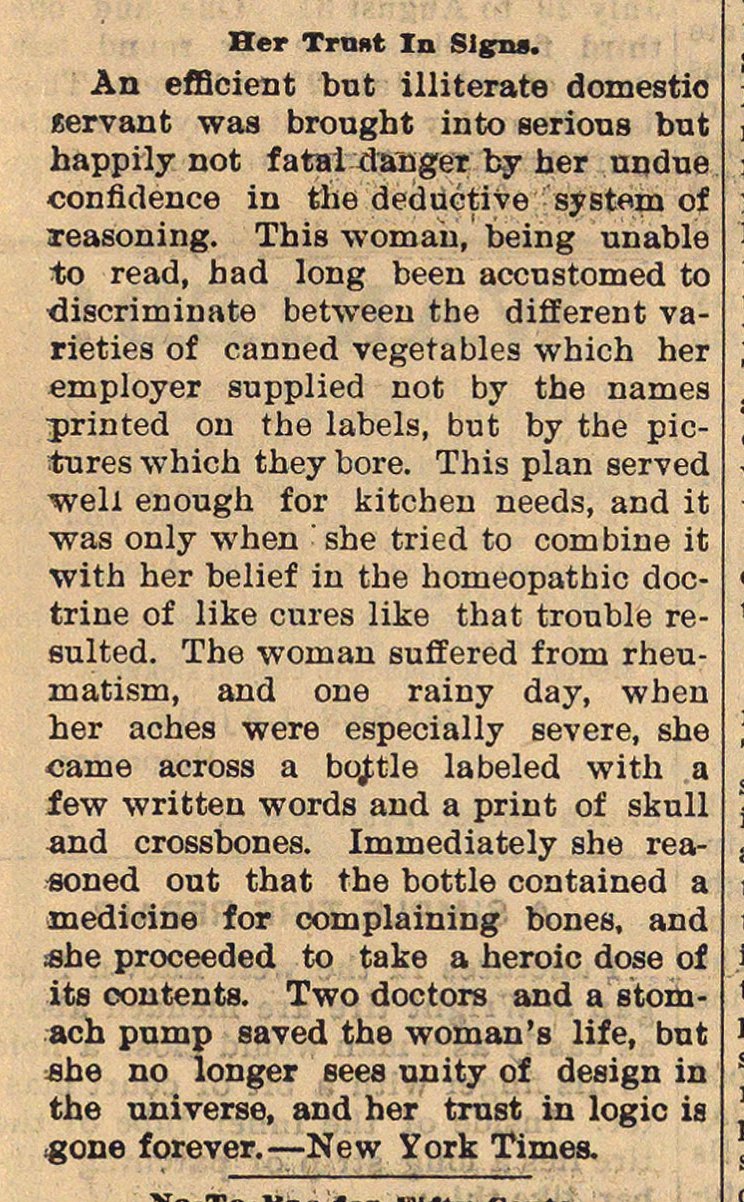 An efficiënt but ïlliterate domestio iervant waa brought into serious but happily not fatal dañger by ber undue confidence in the deductivo system of leasoning. This woman, being unable to read, had long been accustomed to discriminate between the different varieties of canned vegetables which her employer supplied not by the names printed on the labels, but by the picfrures which they bore. This plan served weh enough for kitchen needs, and it was only when she tried to combine it with her belief in the homeopathie doctrine of like cures like that trouble resulted. The woraau suffered from rheumatism, and one rainy day, when her aches were especially severe, she carne across a botle labeled with a few written words and a print of skull and crossbones. Immediately she reasoned out that the bottle contained a medicine for complaining bones, and she proceeded to take a heroic dose of its contenta. Two doctors and a stomach pump saved the woman 's life, but -she no longer sees unity of design in the universo, and her trust in logic is igone forever.-