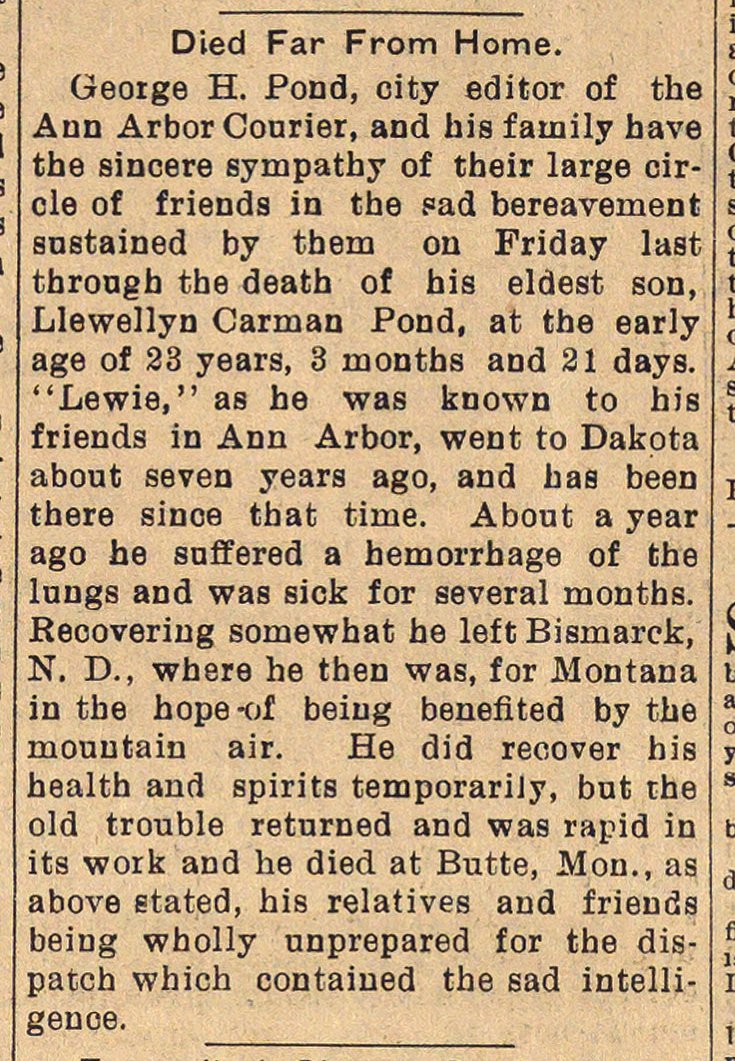 George H. Pond, city editor of the Ann Arbor Courier, and his fainily have the sincere sympathy of their large circle of friends in the pad bereavement snstained by them on Friday last through the death of bis eldest son, Llewellyn Carman Pond, at the early age of 23 years, 3 iuoDths and 21 days. "Lewie," as he was known to his friends in Ann Arbor, went to Dakota about seven years ago, and has been there since that time. About a year ago he saffered a hemorrhage of the lungs and was sick for several months. Recoveriug sornewhat he lef t Bisinarck, N. D., where he then was, for Montana in tbe hope -of beiug benefited by the mouutain air. He did recover his health and spirits temporarily, bnt the old trouble returned and was rapid in its work and he died at Butte, Mon., as above stated, his relatives and friends being wholly unprepared for the dispatch which contained the sad intelligenoe.