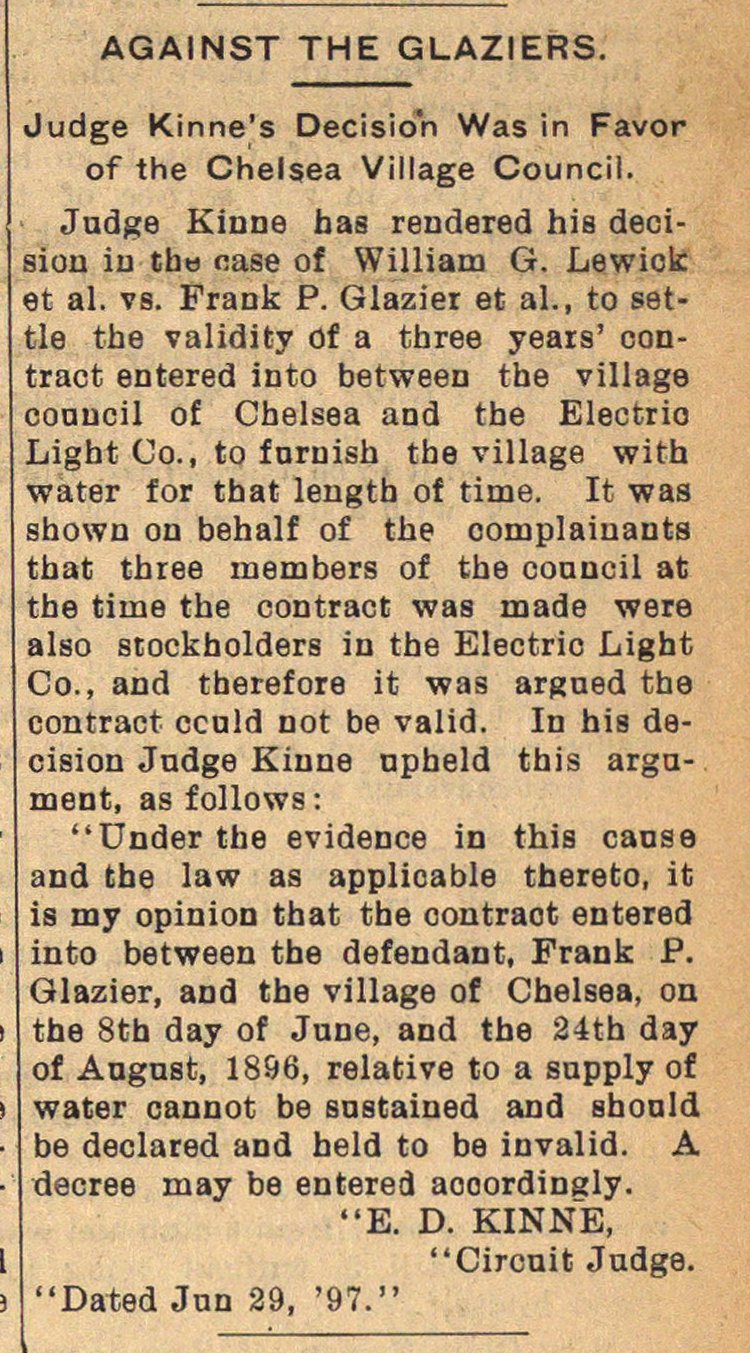 Judge Kinne faas rendered his decisión in tb oase of William G. Lewick et al. vs. PraDk P. Glazier et al., to settle the validity öf a three yeats' contract entered into between the village coDucil of Chelsea and the Electrio Light Co., to foruisb tbe village with water for that leugtb of time. It was shown on behalf of the complaiuants that three members of the council at the time the contract was made were also stockholders in tbe Electric Light Co., and therefore it was argued the contract ccald not be valid. In his decisión Jndge Kinne upheld this argument, as follows : "Under the evidence in this canse and the luw as applicable thereto, it is roy opinión that tbe contraot entered into between tbe defendant, Frank P. Glazier, and the village of Chelsea, on the 8tb day of June, and the 24th day of August, 1896, relative to a supply of water cannot be sustained and sbould be declared and held to be invalid. A decree mav be entereá aooordinalv. ' Uircuit Judge. "Dated Jnn 29, '97."