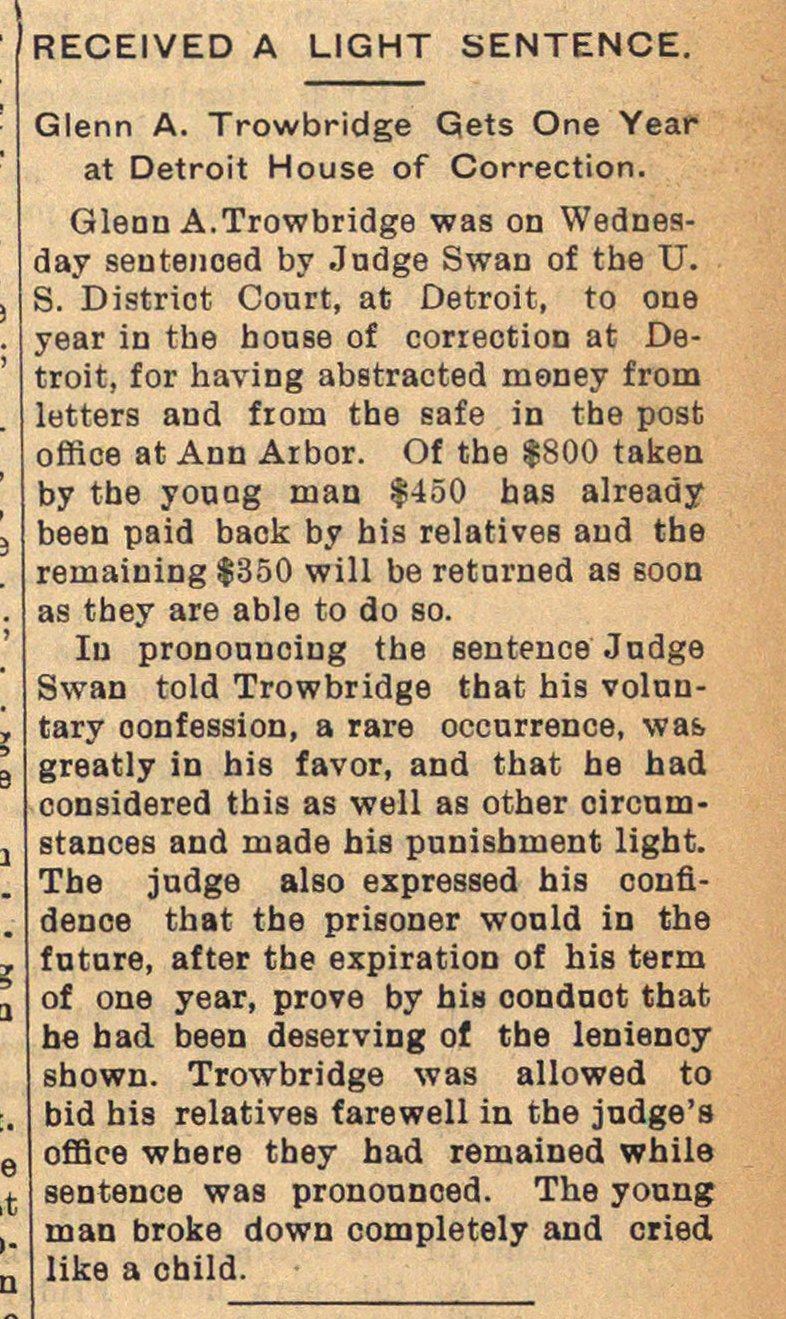 Glenn A.Trowbridge was on Wednesday seütenoed by Jndge Swan of the U. S. District Court, at Detroit, to one year in the house of correotion at Deroit, for having abstracted rueney from etters and from the safe in the post office at Ann Arbor. Of the $800 taken by the yooag man $450 has already been paid back by his relatives and the remaining $350 will be retarned as soon as they are able to do so. Iu prononncing the sentence Jndge Swan told Trowbridge that his voluntary oonfession, a rare occurrence, was, greatly in his favor, and that he had considered this as well as other circumstances and made his punishment light. The judge also expressed his confidence that the prisoner wonld in the future, after the expiration of his term of one year, prove by his condnct that he had. been deservine of the leniency shown. Trowbridge was allowed to bid his relativas farewell in the judge's office where they had remained while sentence was prononnced. The young man broke down completely and cried like a child.