Will Not Permit The Fight 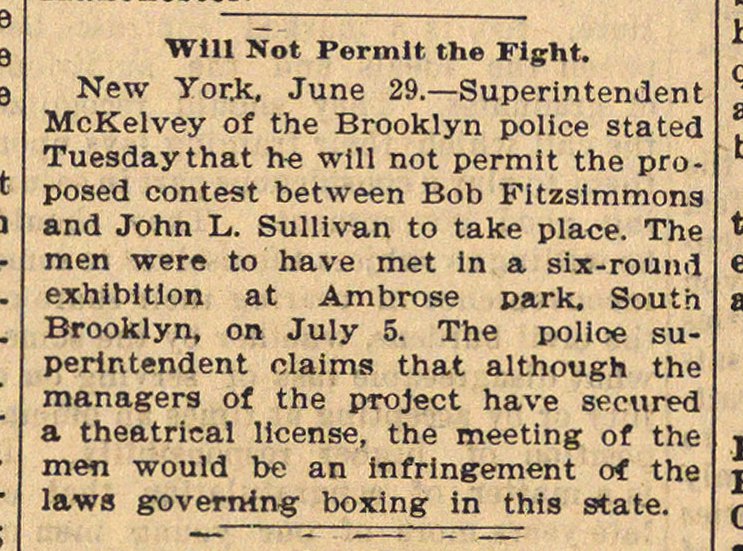 New York, June 29. - Superintendent McKelvey of the Brooklyn pólice stated Tuesdaythat tve will not permit the proposed contest between Bob Fitzsimmons and John L. Sullivan to take place. The men were to have met In a six-rouini exhibition at Ambrose park. South Brooklyn, on July 5. The pólice superintendent claims that although the managers of the project have seeured a theatrical license, the meeting of the men would bc an infringement of the lawa goverrring boxing in this state.