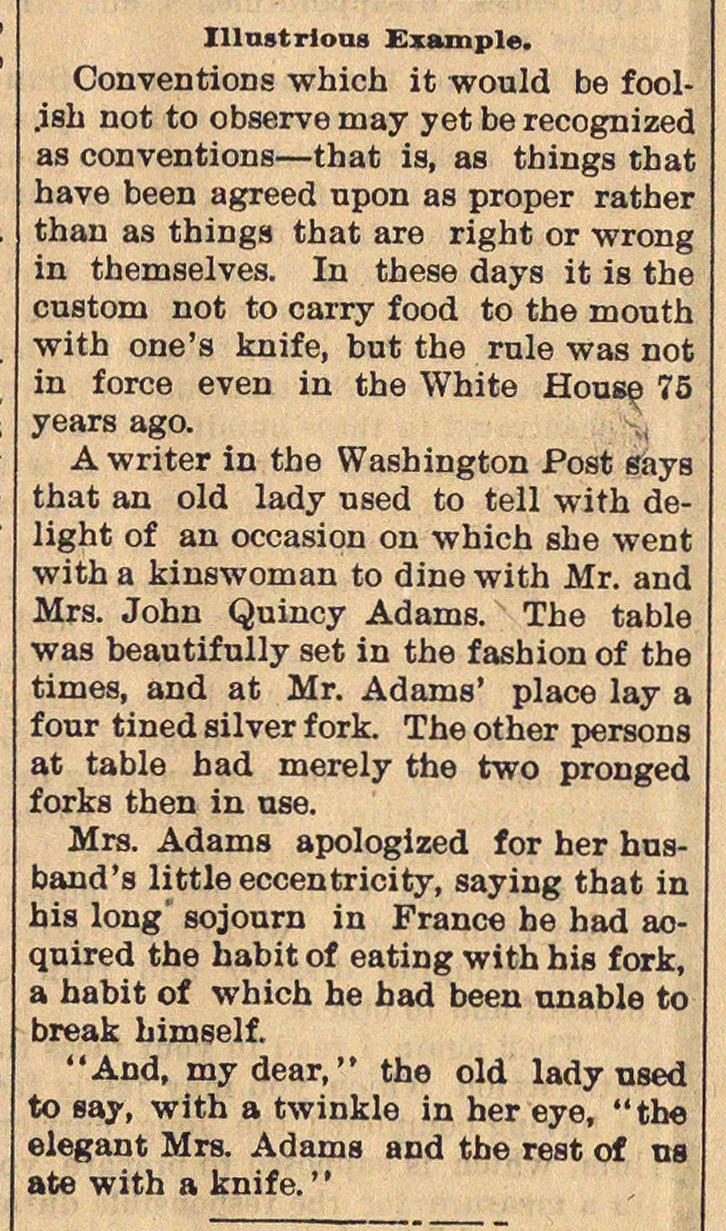 Conventions which it would be fool.ish not to observe may yet be recognized as conventions - that ia, as things that have been agreed upon as proper rather thau as tbings that are right or wrong in themselves. In these days it is the custom not to carry food to the mouth with one's knife, but the rnle was not in force even in the White House 75 years ago. A writer in the Washington Post says that an old lady used to teil with delight of an occasion on which she went with a kinswoman to dine with Mr. and Mrs. John Quincy Adams. The table was beautifnlly set in the fashion of the times, and at Mr. Adams' place lay a four tined silver f ork. The other persons at table bad merely the two pronged forks then in use. Mrs. Adams apologized for her husbaad's littleeccentricity, saying that in bis long' sojourn in France he had aoquired the habit of eating with bis fork, a habit of which he bad been unable to break himself. "And, mydear, " the old lady used to say, with a twinkle in her eye, "the elegant Mrs. Adams and the rest of ns ate with a knife."