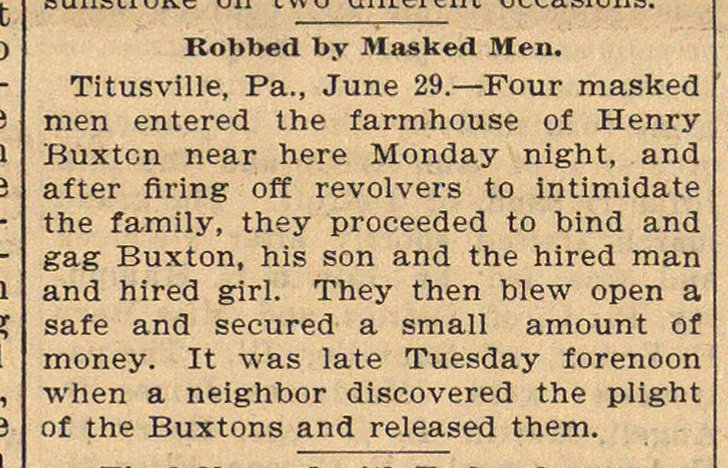 Titusville, Pa., June 29.- Four masked men entered the farmhouse of Henry Buxtcn near here Monday night, and after firing off revolvers to intimídate the family, they proceeded to bind and gag Buxton, nis son and the hired man and hired girl. They then blew open a safe and secured a small amount of money. It was late Tuesday forenoon ■vhen a neighbor discovered the plight of the Buxtons and released them.