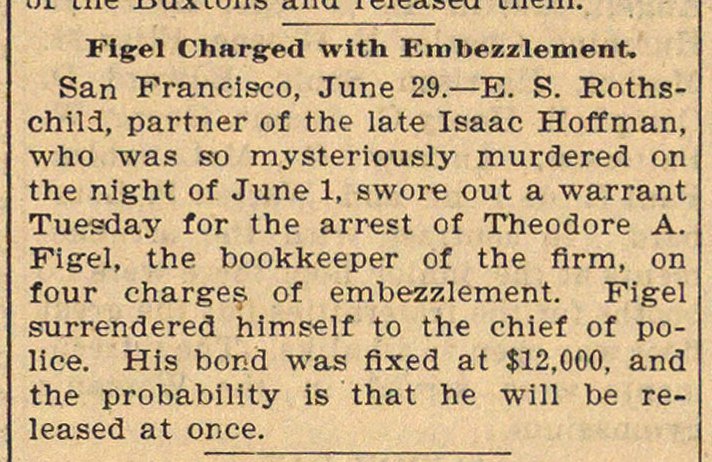 San Francisco, June 29.- K. S. Rothschild, partner of the late Isaac Hoffman, who was so mysteriously murdered on the night of June 1, swore out a warrant Tuesday for the arrest of Theodore A. Fígel, the bookkeeper of the firm, on four charges of embezzlement. Figel surrendered himself to the chief of police. His bond was fixed at $12,000, and the probability is that he will be released at once.