To Count The Cash 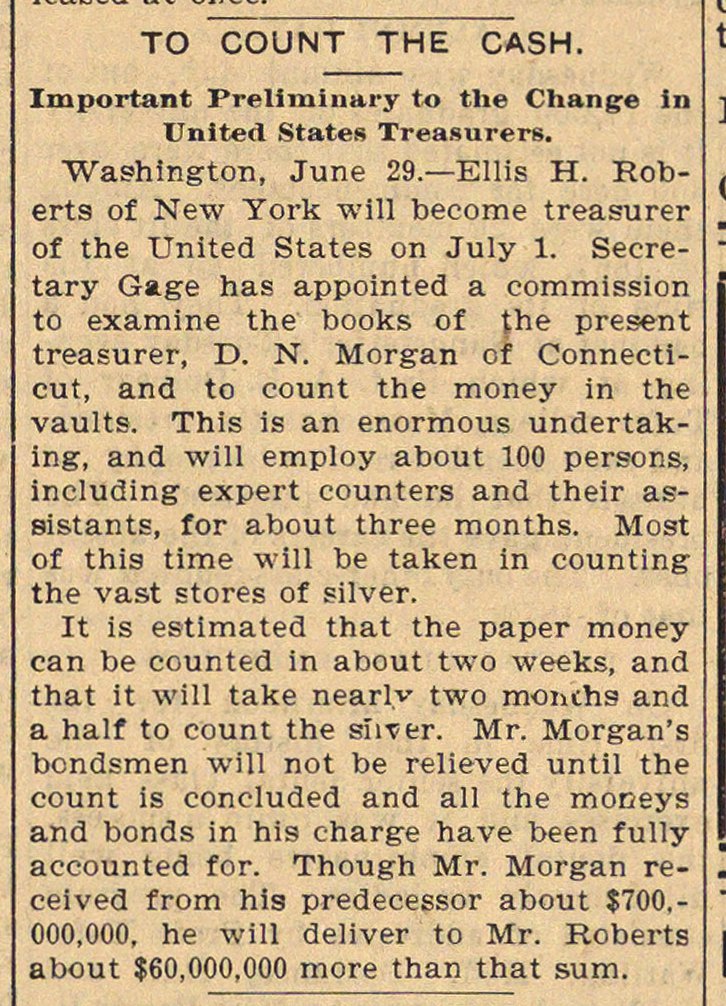 Washington, June 29.- Ellis H. Roberts of New York will become treasurer of the United States on July 1. Secretary Gage has appointed a commission to examine the books of {he present treasurer, D. N. Morgan cf Connecticut, and to count the money in the vaults. This is an enormous undertaking, and will employ about 100 persons, including expert counters and their assistants, for about three months. Most of this time will be taken in counting the vast stores of silver. It is estimated that the paper money can be counted in about two weeks, and that it will take nearly two monchs and a half to count the siirser. Mr. Morgan's bcndsmen will not be relieved until the count is concluded and all the moceys and bonds in his charge have been fully accounted for. Though Mr. Morgan received from his predecessor about $700.000,000. he will deliver to Mr. Roberts about $60,000.000 more than that sum.