He Missed The Biggest Boodle 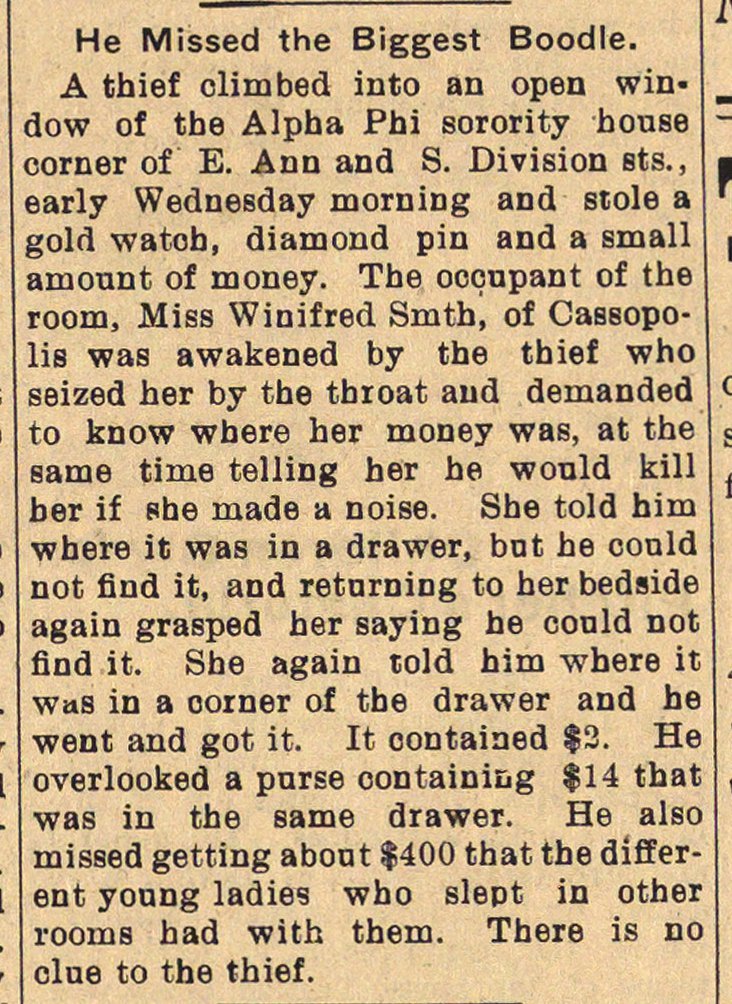 A thief climbed into an open window of the Alpha Phi sorority house corner of E. Ann and S. División sts., early Wednesday morniDg and stole a gold watob, diamond pin and a small amount of raoney. The occupant of the room, Miss Winifred Smth, of Cassopolis was awakened by the thief who seized her by the tbioat and demanded to know wbere her money was, at the same time telling her he would kill ber if she ruade a noise. She told him where it was in a drawer, bot he conld not find it, and retnrning to her bedside again grasped her saying he conld not find it. She again told him where it was in a oorner of the drawer and he went and got it. It contained 2. He overlooked a pnrse oontainiüg $14 that was in the same drawer. He also missed getting about $400 that the different yonng ladies who slept in other rooms had with them. There is no clue to the thief.