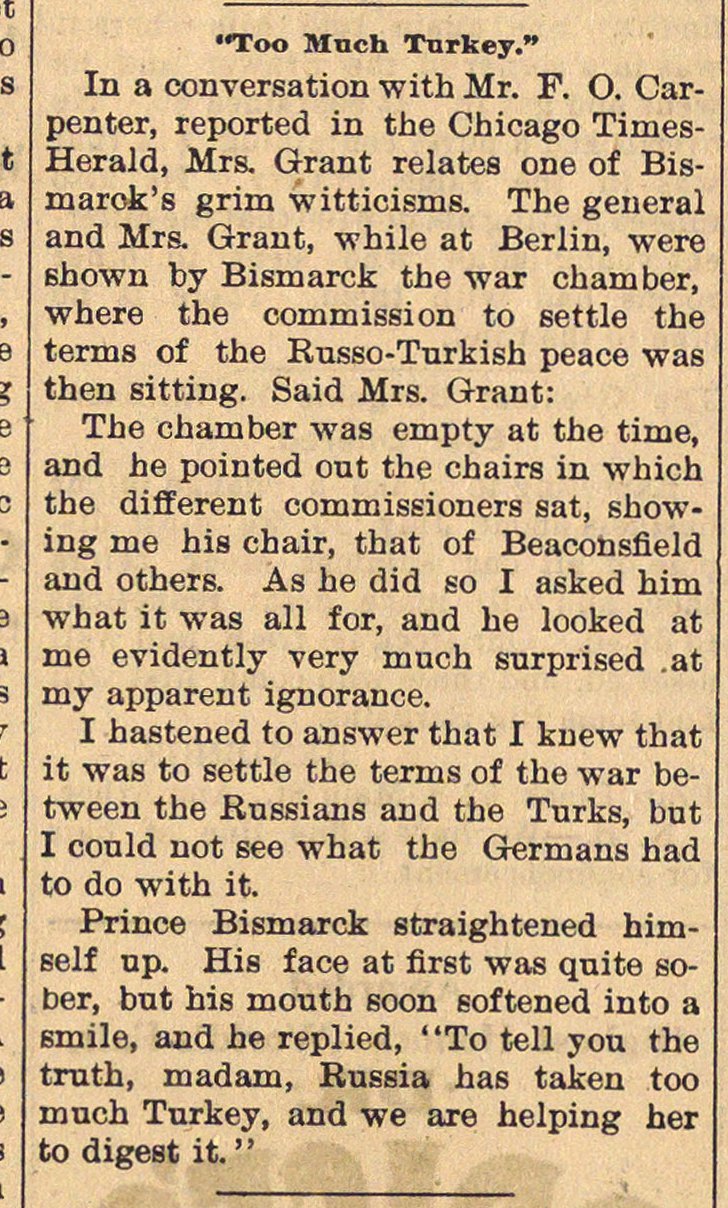 In a conversation with Mr. F. O. Carpenter, reported in the Chicago TimesHerald, Mrs. Grant relates one of Bismarok's grim witticisms. The general and Mrs. Grant, while at Berlín, were shown by Bismarck the war chamber, where the commission to settle the terms of the Russo-Turkish peace was then sitting. Said Mrs. Grant: The chamber was empty at the time, and he pointed out the chairs in which the different commissioners sat, showing rae his chair, that of Beaconsfield and others. As he did so I asked him what it was all for, and he looked at me evidently very much surprised .at my apparent ignorance. I hastened to answer that I knew that it was to settle the terms of the war between the Russians and the Turks, but I could not see what the Germans had to do with it. Prince Bismarck straightened himself np. His face at first was quite sober, but his mouth soon softened into a smile, and he replied, ' 'To teil you the truth, madam, Russia has taken too much Turkey, and we are helping her to digest it. ' '