No Knowledge Of The Strike 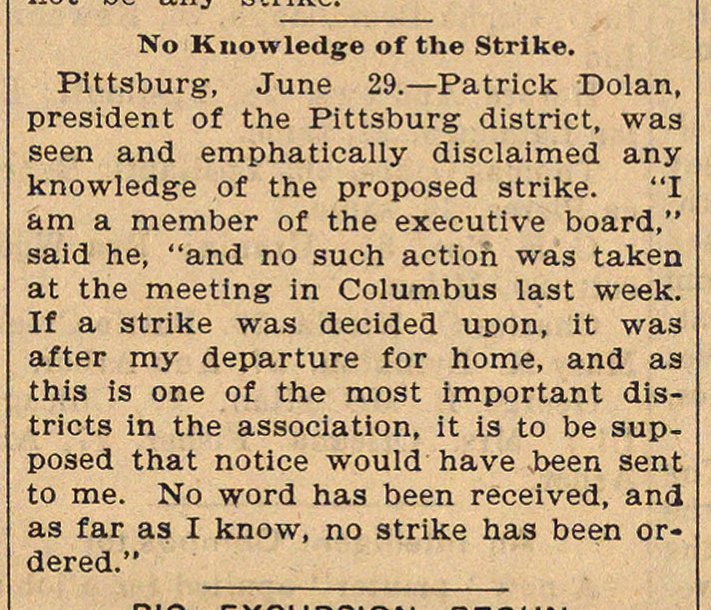 Pittsburg, June 29. - Patrick Dolan, president of the Pittsburg district, was seen and emphatically disclaimed any knowledge of the proposed strike. "I am a member of the executive board," said he, "and no such actioñ was taken at the meeting in Columbus last week. If a strike was decided upon, it was after my departure for home, and as this is one of the most important districts in the association, it is to be supposed that notice would have been sent to me. No word has been received, and as far as I know, no strike has been ordered."