Victory For The Pool Sellers 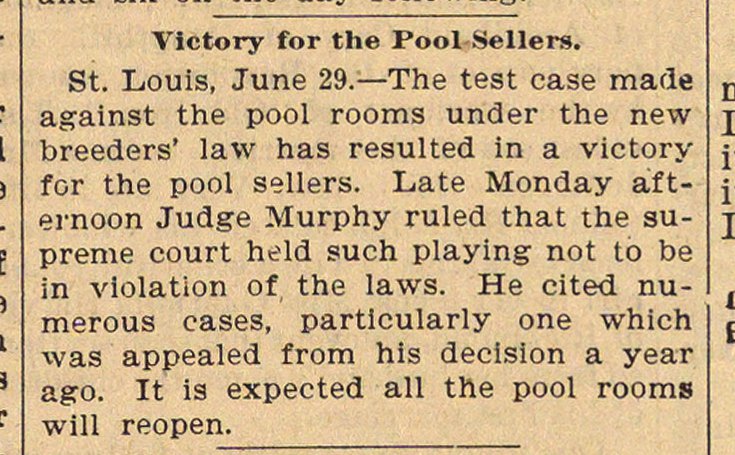 St. Louis, June 29. - The test case made against the pool rooms under the new breeders' lavv has resulted in a victory for the pool sellers. Late Monday áfteinoon Judge Murphy ruled that the supreme court held such playing not to be in violation of the laws. He cited numerous cases, particularly one which was appealed from hls decisión a year ago. It ia expected all the pool rooms will reoDen.