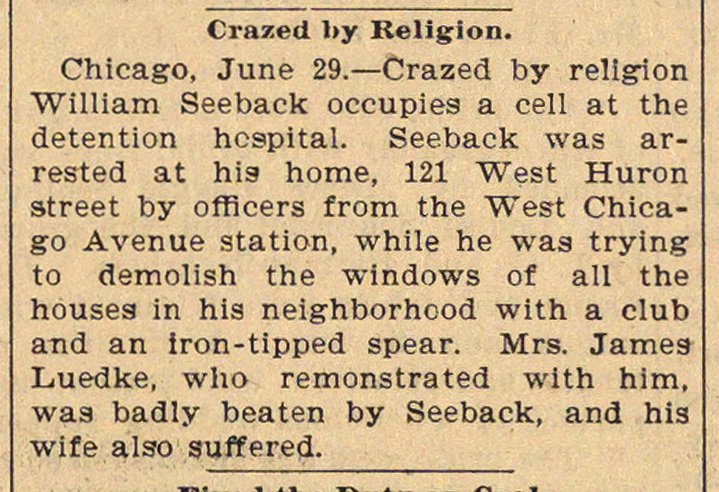 Chicago, June 29. - Crazed by religión William Seeback occupies a cell at the detention hospital. Seeback was arrested at hi9 home, 121 West Hurón street by offlcers from the West Chicago Avenue station, while he was trying to demolish the Windows of all the houses in his neighborhcod with a club and an Iron-tipped spear. Mrs. James Luedke, who remonstrated with him, was badly beaten by Seeback, and his wife also suffered.