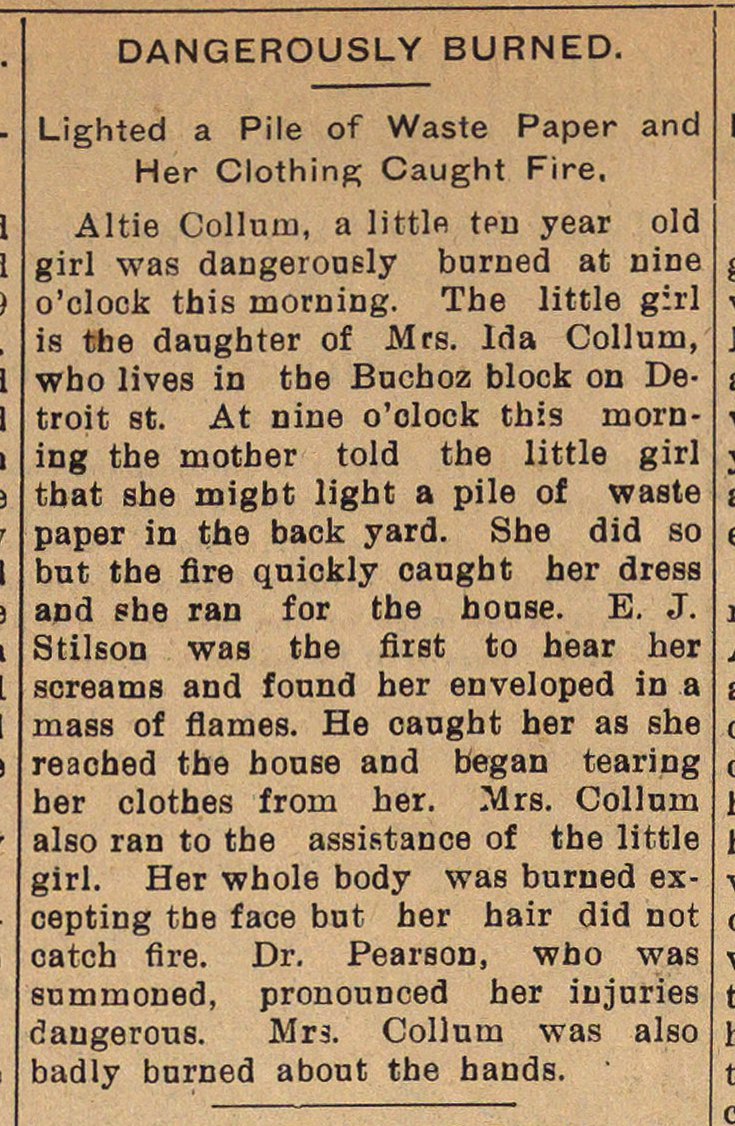 Altie Collum, a little tpn year oíd girl was dangerouely barned at nine o'clock tbis morning. The little girl is the daughter of MfS. Ida Collum, who lives in the Buchoz block on Detroit st. At nine o'olook this inorning the mother told the little girl that she xnigbt light a pile of waste paper in the back yard. She did so but the flre quickly caught her dresa and she ran for the house. E. J. Stilson was the flrst to hear her screams and found her enveloped in a mass of ñames. He caugbt her as she reached the house and began tearing ber clothes from her. THrs. Colluin also ran to the assistance of the little girl. Her whole body was burned exoepting tbe face but her hair did not catch fire. Dr. Pearson, who was sumrnoned, pronounced her injuries daugerous. Mrs. Collnru was also badly burned about the bands.