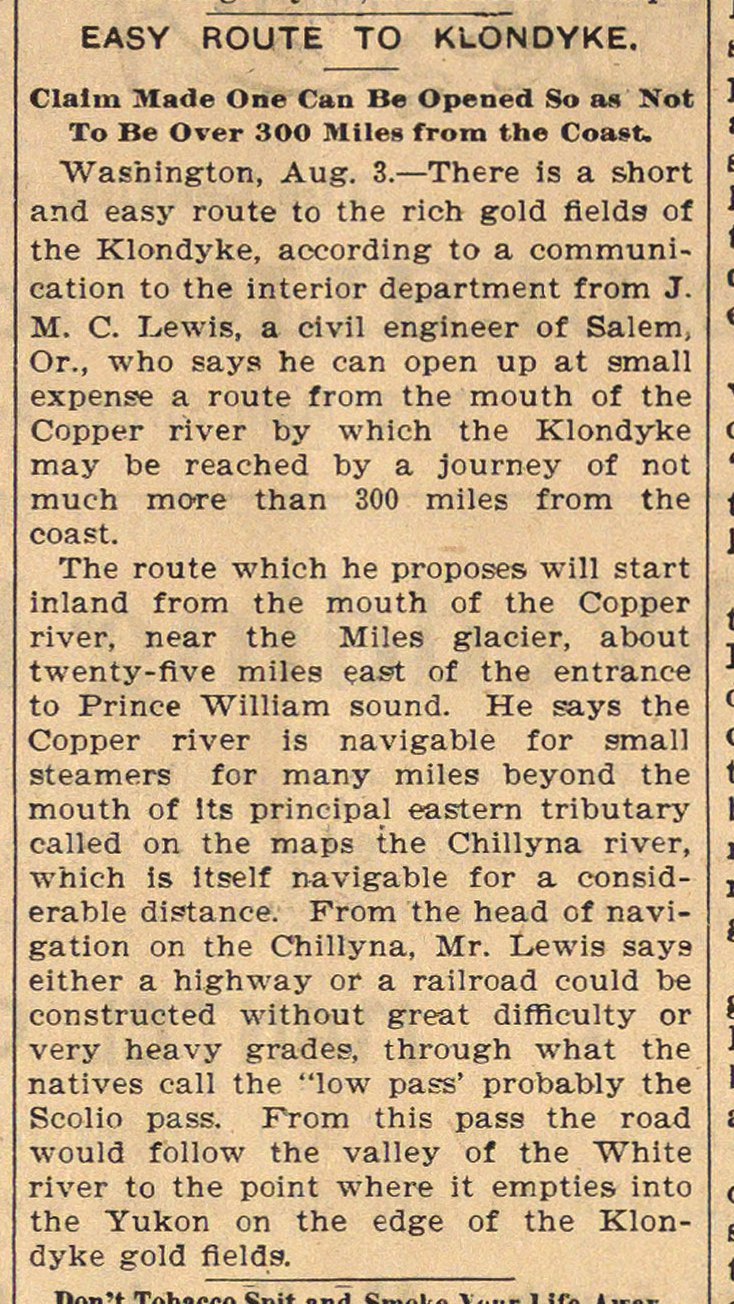 Washington, Aug. 3. - There is a short and easy route to the rioh gold fielda of the Klondyke, according to a communication to the interior department from J. M. C. Lewis, a civil engineer of Salem, Or., who says he can open up at small expense a route from the mouth of the Copper river by which the Klondyke may be reached by a journey of not much more than 300 miles from the coast. The route which he proposes will start inland from the mouth of the Copper river, near the Miles glacier, about twenty-five miles east of the entrance to Prince William sound. He says the Copper river is navigable for small steamers for many miles beyond the mouth of lts principal eastern tributary called on the maps the Chillyna river, which is itself navigable for a considerable diftance. Prom the head of navigation on the Chillyna, Mr. Lewis says either a highway or a railroad could be constructed without great difficulty or very heavy grades, through what the natives cali the "low pass' probably the Scolio pass. Prom this pass the road would follow the valïey of the White river to the point where it empties into the Yukon on the edge of the Klondyke gold fielda