Run Over And Killed 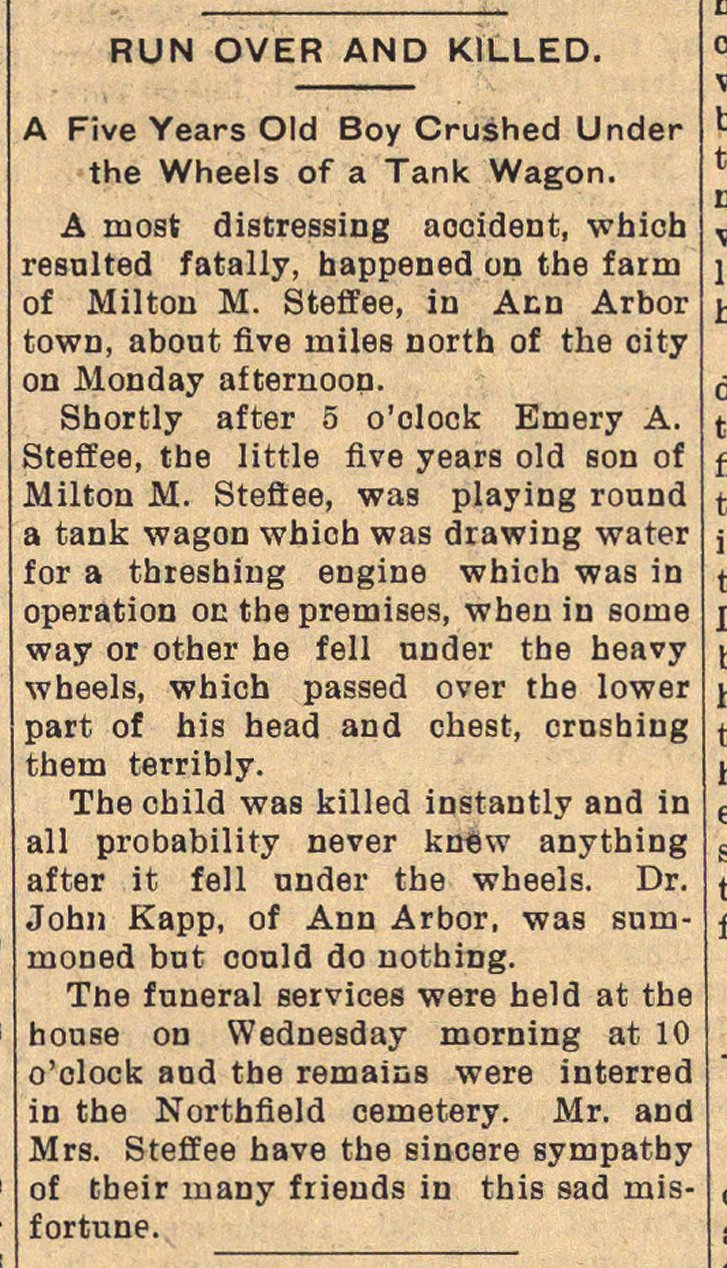 A Five Years Old Boy Crushed Under the Wheels of a Tank Wagon. A most distressing accident, which resulted fatally, happened on the farm of Milton M. Steffee, in Ann Arbor town, about five miles north of the city on Monday afternoon. Shortly after 5 o'clock Emery A. Steffee, the little five years old son of Milton M. Stefee, was playing round a tank wagon which was drawing water for a threshing engine which was in operation on the premises, when in some way or other he fell under the heavy wheels, which passed over the lower part of bis head and chest, crushing them terribly. The child was killed instantly and in all probability never knew anything after it fell under the wheels. Dr. John Kapp, of Ann Arbor, was summoned but could do nothing. The funeral services were held at the house on Wednesday morning at 10 o'clock and the remains were interred in the Northfield cemetery. Mr. and Mrs. Steffee have the sincere sympathy of their many friends in this sad misfortune.